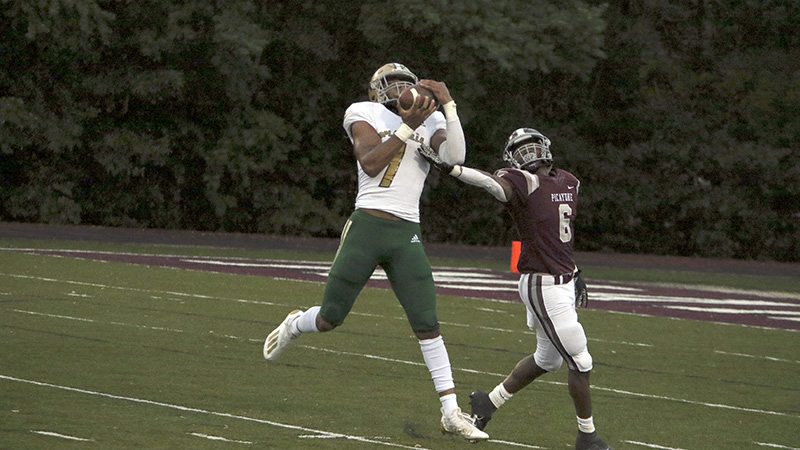 In the first quarter, the Maroon Tide reached the end zone after Dawson Underwood completed a 47-yard reception to Jassiah Contee. Morgan Craft scored the extra point, making it a 7-0 ball game with 1:34 left in the first quarter.

The Hornets answered back by completing a touchdown pass from Brandon Beall to Matt Will, tying the game at the 11:55 mark in the second quarter. The extra point was good by Zach Carpenter, putting the score at 7-7.

With 10:10 until halftime, the Maroon Tide completed a 10-play 60-yard drive for their second touchdown of the night. The touchdown was a three-yard goal line run from Dorian Robinson. The extra point was good by Craft making it 14-7 with 4:53 left before halftime.

Hornets got possession at the beginning of the third quarter but in just two plays, Beall threw an interception to Picayune’s Cristian James with 11:37 in the third.

Poplarville got possession back on the 9:35 mark stuck to the ground. After recovering their own fumble at Picayune’s 30-yard line, the very next play Lawrence Jamison ran in a 30 yard touchdown. The Hornets tried to catch Picayune off guard by faking the extra point but the Maroon Tide was stopped the two-point conversion.

“I think we played hard played tough, we made some mistakes, we fumbled the ball at the 3rd yard line, and when you do that to a good team your chances of winning go down a lot,” said Poplarville Head Coach Jay Beech.

“It was a brutal ballgame between two programs that have lots of winning tradition. Poplarville is a great team, and I’m so proud of my guys and how they fought, when things weren’t going our way they found a way to get the job done,” said Picayune Head Coach Cody Stogner.