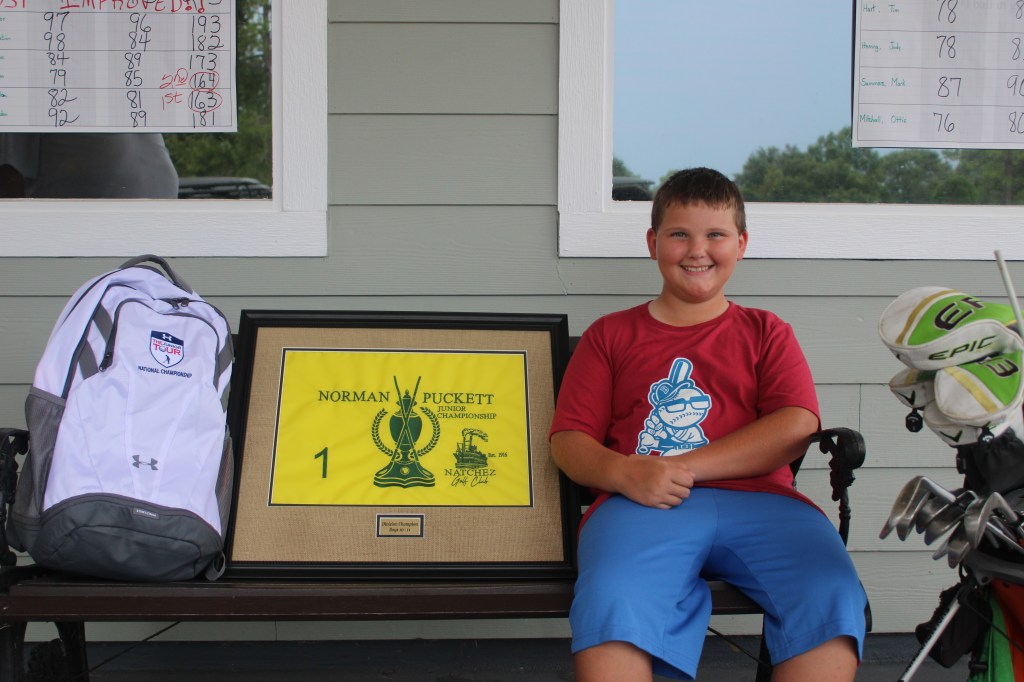 Ten-year -old Rowdy Foster has been playing golf for three years and already has impressive achievements.
His father, Clayton Foster, said, “He shoots better than some high schoolers and adults.
Rowdy recently played in the U.S Kids World Championship at 8-years-old. He’s won the Mobile Alabama Under Armor tour, which gave him an invite to nationals held at Disney World in July.

That tournament was comprised of the top eight kids and Rowdy received free admission to the tournament as his first place prize.
Nationals had an 18-hole event hosting 110 competitors, including four world champions. Yet Rowdy held his own and placed 54th out of 110 competitors ages 9 through 12.
Compared to other 9 to 12-year-olds, Rowdy is one of the smaller kids but his heart for the game bests any other competitors.
Rowdy finished second at last year’s Junior State Amateur and won last year’s Norman Puckett Junior Championship.

Rowdy’s favorite golfers are Tiger woods, Dustin Johnson, and Ricky Fowler.
“I would like to get a college scholarship for golf, and go to the PGA in my late or early 20s,” said Rowdy.
His current goals are to shoot a 75 or 69.
“I’ve already got to 77, I’m only two strokes away, said Rowdy.
Rowdy studies golf and works as hard as he can to improve his skills. He’s read the book ‘Golf is Not a Game of Perfect.’
“You would be surprised by how much he pulls that book out admiring and showing me how a certain player does this or that. He surprisingly already gets it,” said Foster.

The two-day tournament was an intense match.
“Day one Rowdy had a good round of 37 which tied him for second with a very talented competitor, Wright Taylor,” said Foster.

Day two, Rowdy shot two well-played holes and in the end shot a 35 and tied for first place with George Decker.
Rowdy Foster and George Decker then played a three-hole tiebreaker.
“A do or die, hole by hole situation,” said Foster.
On hole three, the boys both hit good tee shots and George left a 20-foot putt. Rowdy landed his shot only 1-foot away from the hole.
“If George makes the putt I’m sure we are going to a fourth,” said Foster thinking back on the match.
George missed his next putt by a few inches and tapped it in for par. But Rowdy stepped up and birdied his last shot. That performance gave Rowdy the win by one stroke.
“I can’t believe it. Rowdy and I were both in tears as he hugged me telling me he did it for grandma, I know she is watching.

I am so proud of him,” said Foster.
What drives Rowdy’s love for golf is that no matter if he wins or losses he has the next day to get better.
“People should appreciate it and be thankful that they get to golf,” said Rowdy.