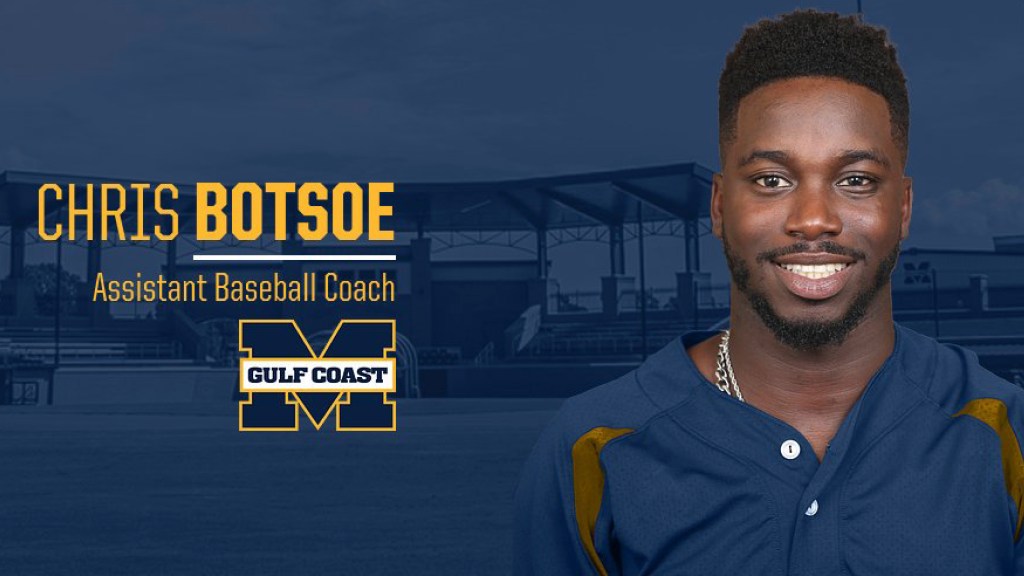 PERKINSTON — New Mississippi Gulf Coast baseball coach Bob Keller met Chris Botsoe this summer while both were working in the Appalachian League, which this year has become a college wood-bat development league.

To say they hit it off would be an understatement, and Botsoe (pronounced BO-chway) is the final piece to Keller’s first Bulldogs coaching staff. They spent a couple days in Virginia talking.

“Everything that we discussed, I liked about him,” Botsoe said. “He seems like a good guy who knew what he was talking about. He told me I’d get down to Mississippi, and we’d have a good team that can compete for a World Series. That’s where we’re all trying to get. I’m very happy to get the opportunity at Gulf Coast.”

Botsoe brings NJCAA and Division I playing experience to Perk, where he’ll lead the Bulldogs’ outfielders as well as teach baserunning and the short game. He will also be the first-base coach and assist with hitting instruction.

“I met Chris up in the Appalachian League this summer and was impressed with his demeanor, the way he handled players and his knowledge,” Keller said. “We shared some commonalities with coaches I’ve worked with and alongside and he’s played under. He’s a natural fit for the position.”

Botsoe was the player development coach for the Burlington Sock Puppets in 2021 during the Appalachian League’s first season as a collegiate summer league. The wood-bat league is a joint project of Major League Baseball and USA Baseball for rising freshmen and sophomores.

He spent three seasons as an outfielder at Eastern Kentucky University, playing in 107 games. He hit .256 with 53 RBI and 20 stolen bases and earned the Ohio Valley Conference Medal of Honor, given to the student-athletes who earn the highest GPA in a sport. He also was named to the OVC Commissioner’s Honor Roll twice, and he spent the 2021 season as a graduate assistant with the Colonels for head coach Chris Prothro.

Prothro and Keller were on the South Alabama coaching staff together, so Botsoe got the scouting report on his new boss.

“He had nothing but great things to say about Coach Keller,” Botsoe said. “He told me he was a competitor and he knew a lot great people and had been around a lot of good baseball. He said I’d definitely develop as a coach and as a person around Bob Keller.”