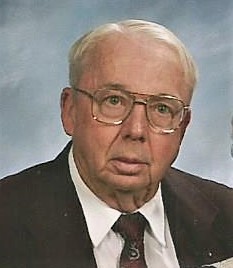 Survived by his loving wife, Betty Jean Haden Windham of Bay Springs, Mississippi and his five Children and spouses:  Mike and Amy Windham of Florence, MS., Kathy and Gary Johnson of Brandon, MS, Cindy and Lamar Holmes of Fairview, TN, David and Connie Windham of Picayune and Jeff Windham of Davenport, IA  numerous grandchildren and greats.  He was preceded in death by his parents as well as a Brother Jerry Windham and Sister Bettye Lu Windham Johnston.

Born to sharecroppers Astor and Olur Ingram Windham in Bay Springs MS his early years were formed in the adversity of the Great Depression.  In Stringer High school, as the son of a chicken farmer, he was voted “Most likely to Succeed”—he did well.  He attributed his drive and success to his mother who believed in education and work.  All Olur’s children had advanced degrees in Math, Physics and the Arts.  All her grandchildren had advanced degrees.  What a powerful influence from his mother.

Many honorariums tout the material, the degrees, boards and accomplishments of a man’s life.  Although Dad had his hard-earned share of these, he understood the Biblical passage of Mark 8:36 “what profit a man if he gains the whole world and loses his soul?”   He never touted his accomplishments in any way.  He simply led by example.  His family was quietly proud of his degrees in Mathematics and Divinity as well as being a career instrumentation engineer, long time Gideon and Preacher of the Gospel.

About 1970 he became a member of The Gideons International in Picayune.  Over the years he and mother provided thousands of Bibles and Testaments to people around the world.  Hours he spent on visits to prison and local jails to witness to prisoners.  Days he spent serving.  He pulled hippies off highways on rainy Mississippi nights. He had a deep care for the poor and neglected. He did not care for racial hypocrisy.   He was a defender of the weak. He was a veteran patriot of the greatest generation. He loved soldiers who served and was a veteran.   He finished his vocational career as an instrumentation engineer with the Department of Commerce Data Buoy Program at Stennis Space Center.

Upon his retirement about 1985 he offered his time to serve as a Baptist pastor going to New Orleans Baptist Seminary then planting Hillcrest Baptist Church in Carriere going strong today.  He served as pastor at West Poplarville Baptist Church, Oak Grove Baptist Church in Northwest Florida and finally moving home to Bay Springs and serving at Ted Baptist Church in Sylvarena Mississippi only a couple of miles from where he started his education in 1937.  Donald carried out the great commission going on mission trips in Mississippi, Central America, Korea and was a supporter of many African American Churches in various ways. Supporting Bi-vocational Pastors and their struggles were a love mission of his.   He tried to live his Christian Faith as he understood the Bible.

He and Betty were long-time members of the American Legion of Bay Springs at his death and members of Bay Springs United Methodist Church.  He loved his country and was thankful daily for it.  He was a prayer warrior over his family.

He loved his Father and Mother-in-Law, Irene Estelle and James Olen Haden Sr.  He will be buried by them in the Bay Springs Cemetery just up the hill from where they lived and he met and married their daughter Betty Haden, the love of his life.

We can truly say we lost the greatest Dad from the greatest generation.  He loved his family and his means to show it was leading a Christian life by example.  We know where he is and will join him soon.   Dad had a backbone and a heart. Special thanks to all the caretakers at the State Veterans Home in Collins who cared for Donald his last years.

Visitation will be Friday, the 13th of August from 1:00 to 2:00 PM at Colonial Chapel Funeral home in Bay Springs with funeral service in the chapel at 2:00 PM.  No graveside service. The service will be rendered by Erskin Beasley of Brandon, Former International Chaplain of the Gideons International.

The Bible says, “The grass withers, the flowers fade but the Word of God stands forever”.  If you desire to honor our father and comfort our mother, please provide scriptures through the Gideons International and the Gideon Card Program with cards going to Betty Windham, C/O Chateau Pines Assisted Living, 124 Morgan Lane, Brandon, MS  39042     www.sendtheword.org   Mom said “Send the Word”.