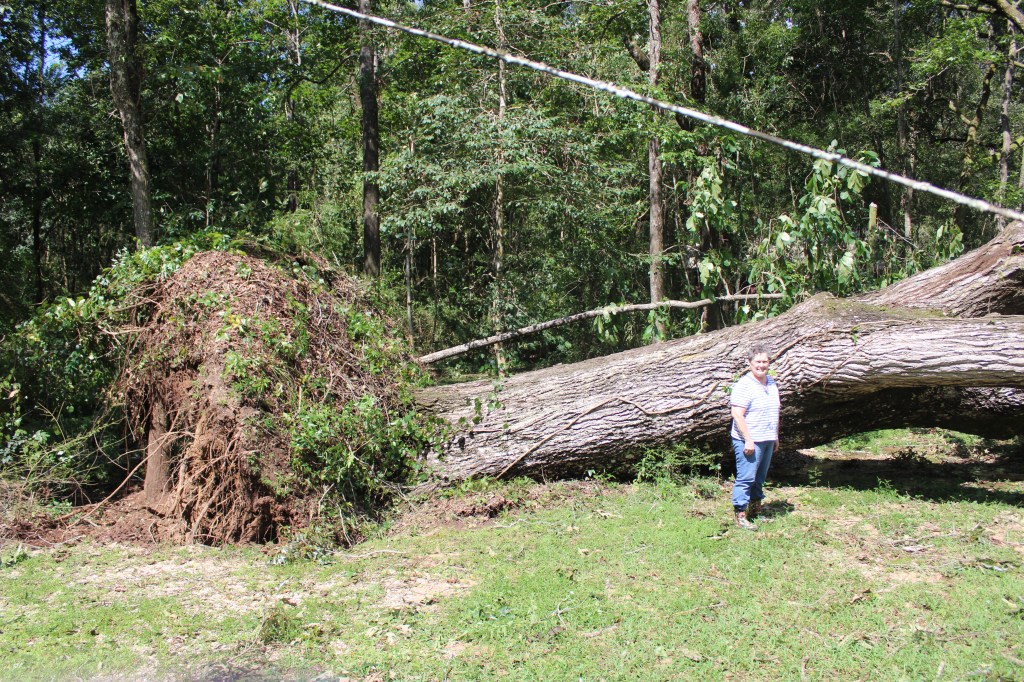 Wilma Sims stands next to the giant 150-year-old oak tree that almost smashed her and her husband Dave Sims home during Hurricane Ida.

A 150-year-old oak tree was pushed onto a Pearl River County couple’s home at about 9 a.m. Monday. The oak tree was estimated to be 80 feet tall and 15 feet in width before it caused damage to the home of Wilma and Dave Sims of Carriere.

Wilma and Dave were in the living room when the tree fell. As it did, it demolished the front door and smashed their Ford truck that was parked in front of the house.

As it became uprooted, the oak tree fell over the side of the house.

“If it would of fell further over it would have smashed the house,” said Wilma.

On its way down, the oak tree took out several other tress and a nearby power line leaving the Sims without electricity.

Neither Wilma nor Dave got hurt. They are now in the process of rebuilding the damages to their home caused by Hurricane Ida.