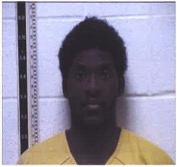 Early Wednesday morning officers with the Picayune Police Department were alerted to a possible break-in at the local Verizon Wireless.

According to a press release from the department, officers were alerted to the incident by an alert from the security system at 4:14 a.m. Wednesday.

Officers en route to the area were advised by dispatch that AAA Ambulance personnel stationed in a nearby parking lot witnessed a man dressed in black run through the parking lot from the direction of the local Verizon store before heading into the woods near Eden Lane.

When officers arrived at Eden Lane, they noticed a black BMW with a Forrest County tag parked on the road and the gate on that road had been forced open.

Deputies with the Pearl River County Sheriff’s Department were called out to assist with a K-9 unit. Officers with both agencies established a perimeter and searched the neighboring woods. In that search, a number of items believed to have been taken during the commercial burglary were found.

While that search was underway, investigators processed the scene of the business and contacted the registered owner of the vehicle. In the vehicle, evidence identified a potential suspect, Reginald Geroid Scott, 24, of 900 Broadway Dr., Hattiesburg.

When contacted by investigators, the owner of the vehicle confirmed Scott was the last person to drive it.

Later that same morning, officers were informed that a person fitting Scott’s description was seen walking along Highway 43 South near Interstate 59. Officers arrived and positively identified the person as Scott, who was found to still be in possession of some items allegedly taken from the business, the release states.

Scott was arrested and interviewed by investigators before being booked into the county jail on the offenses of commercial burglary and parole violation, the release states.

“Chief of Police Freddy Drennan would like to thank and recognize the hard work and dedication of the Picayune Patrol Division, Investigations, and the Pearl River County Sheriff’s office for their assistance,” the release states.

The annual fireworks display offered near the McNeill Volunteer Fire Department will come back this year, with some minor differences.... read more