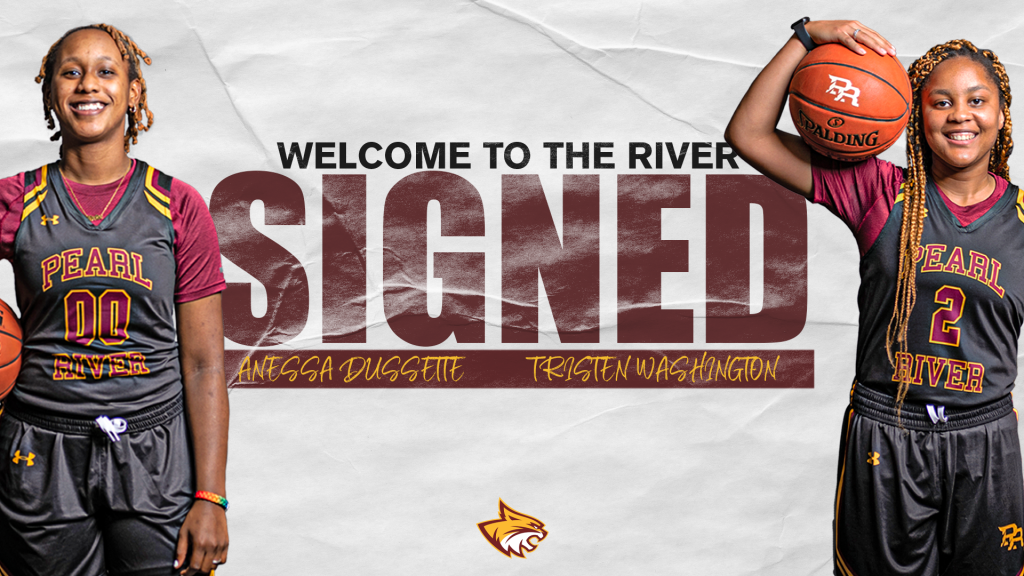 “I am really excited about our two newest members of our signing class for the upcoming season,” head coach Scotty Fletcher said. “I have a lot of respect for the Southland Conference being that we have had three of our former Wildcats graduate and go on to play in that conference.”

The transfers bring valuable experience to the Pearl River roster.

“In a normal year, you can’t add these types of players because of their classification,” Fletcher said. “Being that the NCAA granted a free year, we were able to land experience and production with these two awesome young women.”

“I would like to give coach Davis a lot of credit for finding Tristen and AD,” Fletcher said. “I was very clear on the vision of what I felt we needed to solidify our class. She watched a lot of film and worked the transfer portal to find the right fit for our program.

“I love how aggressive and precise Coach Davis was with her approach to land these two experienced players with a division one background.”

Because of Dussette’s versatility, the guard is expected to fill several roles for the Wildcats.

“AD is a dynamic player who has exceptional playmaking ability,” Fletcher said. “She will make an impact in every statistical category. She led her team in scoring and was second on her team in rebounding.

“She is a very versatile player who can score in multiple ways. She plays with a very competitive edge that our fans will enjoy watching.”

As a sophomore for the Lady Demons in 2021, Dussette appeared in all 20 games, leading her team in scoring with 8.7 points per game and finishing second in rebounds per game with 5.3.

She had a career night against Mississippi Valley State, scoring 20 points and grabbing eight rebounds. She also tallied an assist in the game.

She played more of a reserve role as a freshman, appearing in 14 games.

Dussette hails from Houston, Texas, where she was a four-year letter winner at Manvel High School.

Washington is an experienced guard who can be a leader on and off the court.

“Tristen is a scoring point guard who can also play off the ball,” Fletcher said. “She brings a wealth of experience from leading her team in minutes per game and second in scoring.

“I love her maturity and look forward to coaching her in the maroon and gold.”

During Washington’s sophomore season, she played in 20 games. Her 1.9 apg led the team and she was second on the team to Dussette with 8.5 ppg. She scored in double figures eight times and shot 32.5 percent from beyond the arc.

Washington is from Gonzales, La. and attended East Ascension High School. She was a four-time letter winner and lost just eight games over four seasons.

During her senior campaign in 2018, Washington scored with ease, averaging 17 ppg in route to a Louisiana playoff semifinals appearance.

Washington helped her team win a state championship during her junior season and was named most valuable player.

She was a three-time All-District and two-time All-State selection.

Pearl River, USM kicker set to be enshrined in…