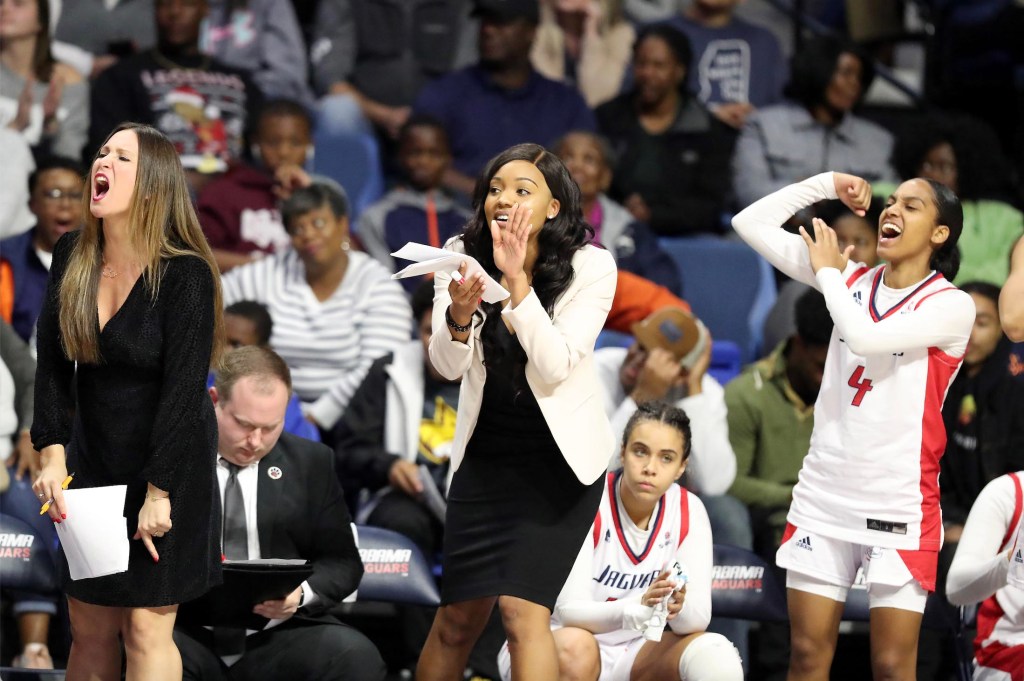 POPLARVILLE, Miss. — Pearl River women’s basketball coach Scotty Fletcher has added an important piece to his staff with the recent hire of Colby Davis. The new Wildcat assistant brings Division I experience with her after playing and coaching at South Alabama.

“Coach Davis will make an immediate impact on our program, campus, and community,” said Fletcher. “She is a proven winner and will be a rising star in the coaching profession. She comes highly recommended with great contacts and connections in the coaching profession that will benefit our student athletes. She and I had a connection from our first conversation. When she visited campus, I could immediately tell she can sell our vision and will be a true ambassador for our institution and program.”

“Coach Davis is a big believer in discipline and accountability which are our core beliefs within our program. I am fired up about the future of lady wildcat basketball.”

Davis was fired up about the opportunity from the first time she talked to Fletcher.

“It just started with Coach Fletcher,” said Davis. “From the very first phone call, his energy and passion that he has for his program, community and the school really impressed me. It inspired me to see how highly he talked about the school. When I came on campus to visit, it felt like a family environment. I’m very family-oriented, so I’m very big on it feeling like family. That was a huge plus for me.”

Finding somewhere that she could grow was an important factor in Davis’ decision and she feels that taking on several roles will be beneficial to her growth. Davis will assist with recruiting, player development, scouting and day to day operations.

“I want to be a sponge and soak up all the knowledge from Coach Fletcher,” said Davis. “Growth is my main goal not just from a basketball standpoint, but from all aspects. Being able to be involved in a lot more than I would be able to at other schools is going to help me. I want to come in and make an impact on these kids. I want to build relationships, develop, and empower these student athletes.”

Davis most recently served on the South Alabama coaching staff as a graduate assistant coach where she was able to get involved in several different areas of coaching. She organized and instructed guard workouts, completed scouting reports of opponents, assisted with recruiting efforts, constructed post-game defensive reports, led player film reviews and many day-to-day tasks.

Davis helped lead the Jaguars to the Sun Belt tournament semifinals during the 2019-2020 season and the quarterfinals in the 2020-2021 season.

Before joining the Jaguar staff, Davis worked as a personal trainer.

Prior to joining the coaching ranks, Davis had a standout career on the hardwood, both in high school at Wylie, Texas and then at South Alabama.

Davis started all 31 games during her senior season, averaging 10.2 points per game while leading the team in field-goal percentage (37.7) and free throw percentage (80). She finished second in defensive rebounds (92), steals (38) and assists (82). She scored a season-high 20 points twice during the season in games against Troy and Arkansas State.

During Davis’ junior campaign, she played in all 30 games and started in 27 of them. She was second on the team in points per game and steals with 8.9 and 33, respectively. Davis was lethal from beyond the arc, leading the Sun Belt Conference in 3-point percentage by knocking down 39.7 percent of her shots. A highlight from her season was scoring the game-winning basket against Troy with 1.6 seconds on the clock.

Davis competed in 28 games as a sophomore, serving as a catalyst off the bench. She scored double-digits four times and finished third on the team in assists with 43. In a game against Nichols State, she scored 16 points on 5-of-10 shooting, while racking up four steals and three steals.

As a true freshman, Davis played in 19 games, starting eight before an injury caused her season to end. She finished the season averaging 3.6 rebounds per game and 7.5 points per game. Davis earned her first career start against Ole Miss, finishing with 17 points.

Before moving to the collegiate ranks, Davis had an accolade-filled high school career. Davis played at Wylie High School in Wylie, Texas where she lettered all four seasons. She helped lead Wylie to bi-district championships in her junior and senior seasons. Davis was a McDonald’s All-American nominee before the start of her senior year. She also earned Texas Girls Coach Association All-State honors, TABC All-Region honors, 4A Defensive Player of the Year, Three-time All-District, and was named a Top 50 player in Texas.