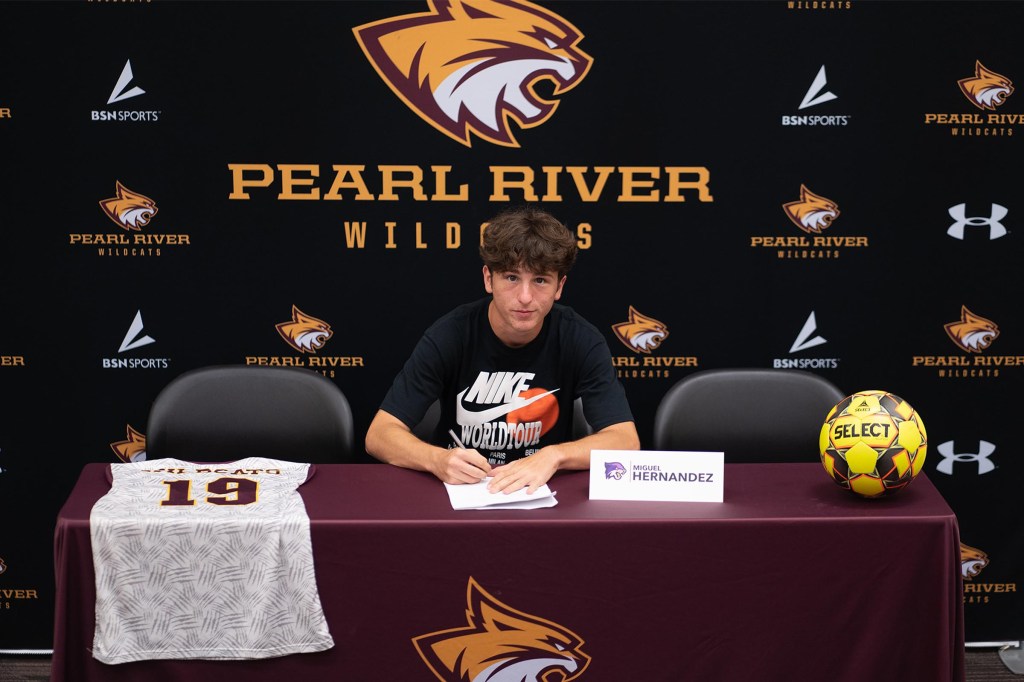 “Bethel felt very similar to Pearl River,” Hernandez said. “It’s a smaller school that feels like a family. That is something that I really appreciated about Pearl River. Bethel has about the same population and is a similar size school. The soccer over there is incredible just like it was here.”

In his freshman season, Hernandez played in 11 games and featured as a versatile winger. He netted six goals and assisted on three.

Hernandez served as a catalyst off the bench in his sophomore campaign, scoring two goals and assisting on two. A highlight of his season was when he put a diving header into the net in a 6-0 rout of Meridian.

“I really enjoyed my time at Pearl River,” Hernandez said. “This school has made me feel like family. I feel like I’m on top of the world right now.”

Bethel University is a four-year school in McKenzie, Tennessee. The Wildcats are a member of the NAIA and compete in the Mid-South Conference. Bethel finished the 2021 season as the 10th ranked team in the NAIA and has won 60 games over the last five seasons.