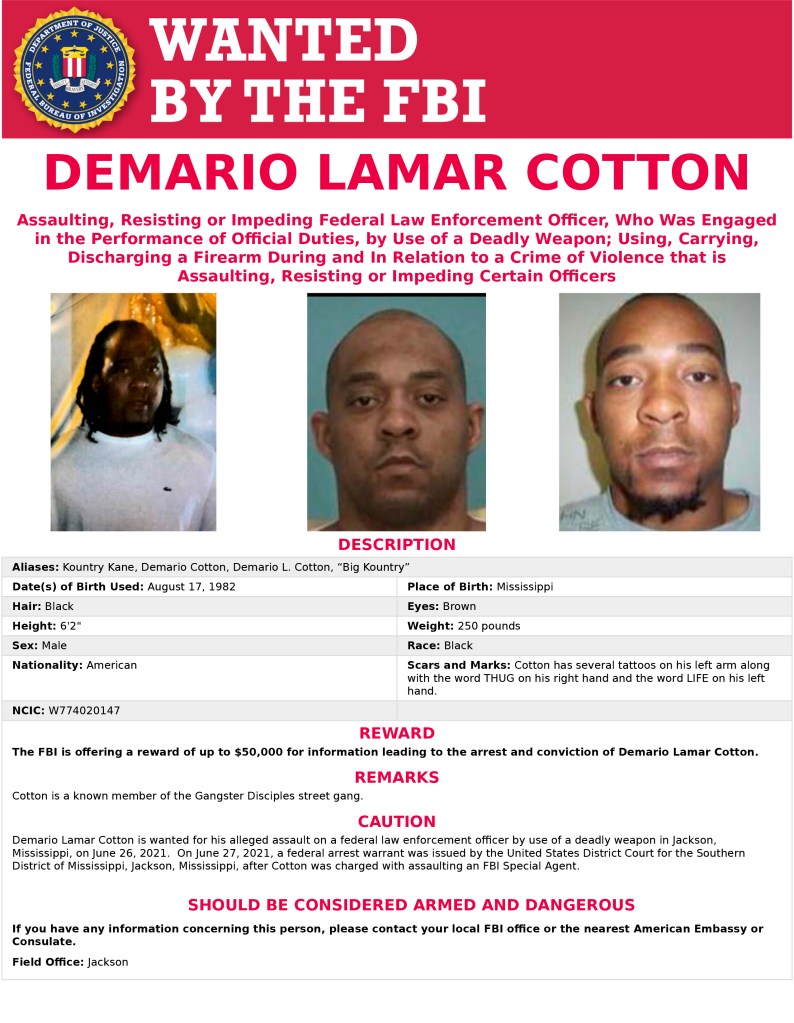 JACKSON, Miss. – The FBI’s Jackson Field Office is investigating an assault on a federal law enforcement officer which occurred at approximately 10:45 p.m. on June 26, 2021 in Jackson. The FBI is offering a reward of up to $50,000 for information leading to the arrest and conviction of Demario Lamar Cotton.

Cotton, 38, of Jackson, was charged in a two-count criminal complaint filed Monday in United States District Court for the Southern District of Mississippi, and a federal arrest warrant was issued by a United States Magistrate Judge.

Cotton is charged with one count of assaulting, resisting, or impeding a federal law enforcement officer, who was engaged in the performance of official duties, by use of a deadly weapon and one count of using, carrying, discharging a firearm during and in relation to a crime of violence, that is assaulting, resisting, or impeding certain officers.

Cotton is considered armed and dangerous. Anyone with information regarding this incident should contact the FBI at 1-800-CALL-FBI (225-5324) or at tips.fbi.gov.

All charges are merely an accusation, and all individuals are presumed innocent until proven guilty beyond a reasonable doubt in a court of law.