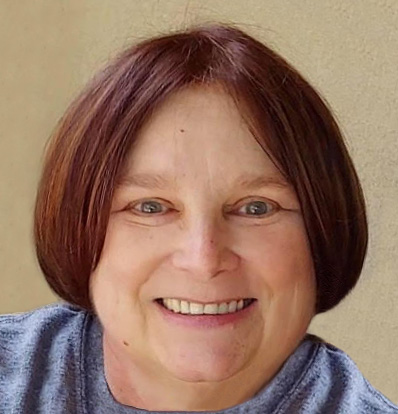 Cynthia Lynn Leggett of Carriere, MS, died early on the morning of June 15 at St. Joseph Hospice in Gulfport, MS, following a brief battle with ovarian cancer. She was 59.

Cindy was born on November 2,1961, in Laurel, MS, the daughter of Wilbur Laverne Leggett and Grover Nell Utsey Leggett.

Spending almost all her youth in Greenwood, MS, Cindy developed an early and abiding interest in music and music education. Through junior high and high school, the neighborhood noticed as Cindy practiced hard and became adept at playing various instruments such as the saxophone and oboe. She was a prominent member of her high school band at Pillow Academy in Greenwood, where she graduated in 1979.

Cindy’s toughness, ambition and talent continued to serve her well as she received bachelor’s and master’s degrees in music education from Mississippi State University.

To start her career, Cindy worked as band director at Heritage Academy in Columbus, MS, and at Seminary High School. Cindy then served as Picayune Junior High band director and assistant high school band director from August 1990 to June 2007. During her time in Picayune, she taught hundreds of young students to play their instruments. She particularly enjoyed working with junior high students and sparking their interest in music.

She began working for Pearl River Central School District in July 2007. There she served as middle school band director and high school band director, and enjoyed developing in students the skill, teamwork, and planning needed for spectacular band performances. She was honored by induction into Phi Beta Mu, the international bandmasters fraternity.

Throughout her career, Cindy would occasionally play professionally and fill in for touring groups, reportedly once including a $600 gig to play for the Oak Ridge Boys.

Cindy retired from education in May 2013. She took a part-time job in the bookkeeping department at Home Depot, where she enjoyed making new friends.

One of Cindy’s favorite activities was traveling. She was always thinking about where she wanted to go on her next trip. She and her “sister friend,” Lauren Cumberland, traveled often. They took a Caribbean cruise, a Mississippi Delta road trip, a trip to the Smoky Mountains, and a once-in-a-lifetime visit to Disneyworld, along with many spa trips. She experienced a wonderful Broadway-filled trip to New York City to visit her cousin, Jim VanDevender. Cindy was a Disney lover, and she amassed a large collection of Disney collector pins. She joined a pin collectors’ group and attended trading events, celebrating when she traded for a long-awaited pin.

In retirement, Cindy participated in the Pearl River County Community Band. One of her favorite retirement jobs was dog-sitting. She especially loved taking care of Lexi, the Landrum family golden retriever; and she composed a whole new genre of songs for Lexi’s family while they were away, performing them in Facebook videos, the #lexichronicles.

Cindy will be remembered by everyone who knew her for her ever-present smile and infectious sense of humor. Her influence on her former students will be a continuing legacy.

Burial will be private with arrangements under the direction of McDonald Funeral Home. Family and friends plan to hold a public memorial service later this year, and details will be announced.

In lieu of flowers, the family asks that persons wishing to honor Cindy’s life and her love of music and teaching should contribute to a music scholarship fund established in her name at Mississippi State University.

Make a memorial donation in memory of Cynthia Leggett by either:

Online: Go to msufoundation.com, click on “give now” tab, make donation in memory of Cynthia Leggett. If you have any difficulties while making the donation, you may contact Trish Cunetto of MSU, 662-312-2775 or tcunetto@foundation.msstate.edu