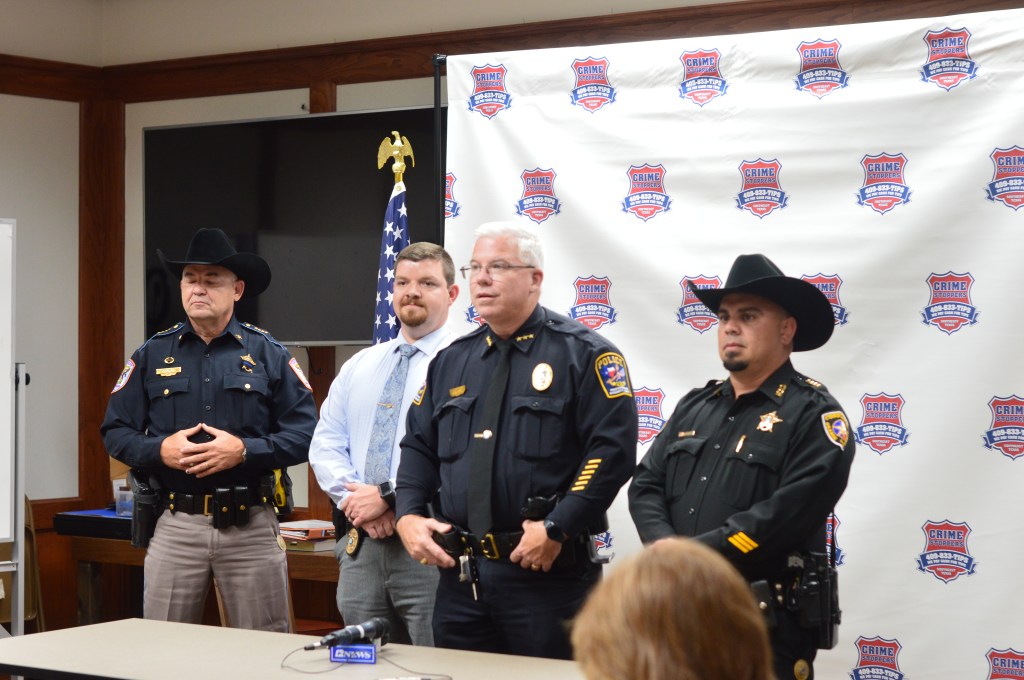 The Fultons have waited 30 years for closure and may be a step closing with the announcement of the establishment of a $50,000 reward through Crime Stoppers of Southeast Texas for information leading to the arrest and indictment of the individual or individuals responsible for the murder of Kathy Page on May 14, 1991. This is the largest supplemental reward offered in the history of Crime Stoppers of Southeast Texas. The Vidor Police Department believes that there are individuals in our community that have information related to the murder that could lead to identifying those responsible.

Discussions to make this possible started prior to the COVID Crisis.

The family are the ones providing the funds for the reward.

“Kathy was a daughter, a wife, a sister and a mother of two girls,” Vidor Police Chief Rod Carroll said at the press conference. “One of the daughters died of an overdose suicide. So, this person did not kill one but two people.”

According to James Fulton, father of Kathy Page, the family lost three people on that fateful day as Kathy’s daughters were taken and raised by the Page family.

“Someone staged a car accident in May 1991, Carroll said. “Autopsy showed Kathy was strangled. This is a 30-year-old case. Someone in the community knows something to bring it across the finished line. They have that piece of the puzzle needed to bring this family closure.”

Carroll added he sees the second death as the death of a child.

To ensure the local Crime Stoppers handled the reward properly, the board contacted other Crime Stoppers across the country such as in Miami, Houston and Los Angles.

“We have had tips and leads but nothing has panned out without reasonable doubt,” Carroll said.

He added he has had a phone call from a billboard offering the reward.

“All I can say is the individual said it was time to come out and say something,” Carroll said. He hopes to meet with them in the next week.

The case has never been considered closed and evidence has been reprocessed using more modern testing than what was available at the time of the crime.

“We have DNA and used current DNA testing which gave us another piece of the puzzle,” Carroll said. “Someone helped cover up evidence and wants to get it off their chest before they die.”

Since many have moved out of the area over the last 30 years, Carroll is asking people to share the story so it can reach someone outside the area that may have information.

The case has never been accepted by the District Attorney’s Office nor has it been presented to the Grand Jury.

“Every victim needs an advocate,” Carroll said. “This family has been there for Kathy. They deserve closure.”

James Fulton, spokesman for the family, said not a day goes by that he does not think about that day.

“Someone will come along and solve the case,” Fulton said.

He added that he believes in Carroll.

“Before him, in my mind, this case was not going to be solved,” Fulton said. “I will keep the signs on the freeway until I die.”

Administrator / Campus Coordinator for the Campus Crime Stopper programs Jeremy Raley said, “This is a big deal. The family wants closure and that means a whole lot to this.”

Raley added crimes do get solved though the Crime Stopper program.

If you know something in connection to this case, there are three ways to report it:

• Visit https://833tips.com/ and click on the submit a tip button