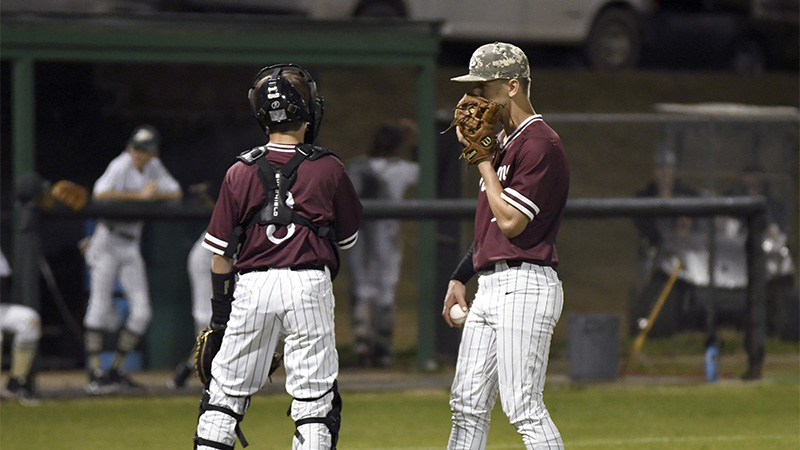 Building Depth: even with a number of starters returning, the Maroon Tide is hoping some upcoming athletes can compete for a spot in the lineup. Photo by Jonathan Mitchell.

Approximately 35 athletes showed up and were subsequently tested on their speed, arm strength, fielding and hitting.

Head Coach Evan Nichelson and his staff graded each area and were then able to determine which players made the cut.

A decent portion of last season’s squad will be returning next year, and while that means there’s a lot of starting experience coming back, there’s still an opportunity for an incoming athlete to earn a spot in the lineup.

“We had a good idea of what we have returning, but at the same time, if a kid comes out there and can push for time you have to give that a serious look. Competition makes you better. We had an open mind about it, evaluated the guys and picked the best ones that give us a chance to compete,” Nichelson said.

Returners and newcomers alike were put through the tryout process.

That decision means there are more players competing for the same number of spots, and also allows some of the experienced players the opportunity to offer the youngsters some advice.

“We’re now bringing back nine guys with a year’s worth of experience. These guys can take the incoming ninth graders under their wing and show them the ropes. We have some experience coming back and I think that’s huge for the kids coming in because they’ll be around kids who have been in the fire, and that’ll breed competition,” Nichelson said.

The process is filled with nuance for Nichelson and his staff.

Not only are the coaches trying to evaluate each player’s immediate talent level, but they’re also trying to judge how the athlete will develop in the future.

That’s a fine line to walk, but one Nichelson needs to traverse successfully in order to build a talented squad.

“If they have a good tryout that’s one thing, but you’re also maybe seeing something in certain kids, some potential there that with some coaching maybe being able to develop down the line in a couple of years. It’s a mixture. Obviously you want kids who have played the game, that aren’t new to it, but you have to also see the big picture as far as what you can do development (wise) for kids coming out,” Nichelson said.