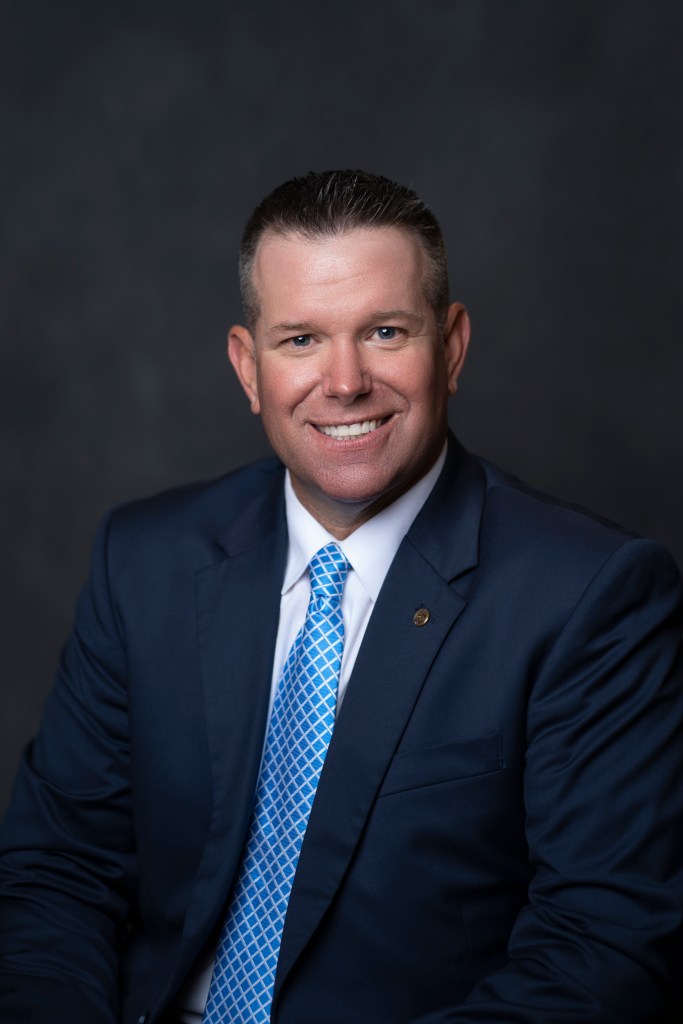 POPLARVILLE, Miss. — Pearl River Community College’s President Dr. Adam Breerwood has dedicated four successful years to serving in his role and has now been extended a maximum four year contract by the PRCC Board of Trustees during Tuesday’s meeting.

“The Board of Trustees appreciates the growth, expansion and improvements at PRCC under the leadership of Dr. Breerwood,” PRCC Board of Trustees Chairman Tony Waits said. “We look forward to working together with Dr. Breerwood to a secure an even better and brighter future for students, faculty and staff of the college.”

Breerwood has been affiliated with PRCC as an employee since 1997 when he was hired as assistant baseball coach and previously played baseball at The River in 1994 and 1995.

During Breerwood’s first four years as president, the college has experienced many successes and record breaking enrollment growth. The institution has seen over $25 million in building renovations and new construction projects across all campuses. In addition, plans for a new $9 million Aviation and Workforce Academy in Hancock County have been finalized with construction set to begin in the Fall 2021.

Breerwood continues to be a key motivator for his students and employees. He introduced the mantra “The Wildcat Way: Pride, Respect, Class and Character” creating an atmosphere for those in the Wildcat Family that fosters unity and determination.

Pearl River experienced nine consecutive semesters of growth making it the fastest growing community college in the state. The institution has also signed several Memorandums of Agreement with universities creating pathways for student success beyond The River. Breerwood has been named one of Mississippi’s Top CEOs by the Mississippi Business Journal. He was also nominated by PRCC Phi Theta Kappa students for the Phi Theta Kappa Honor Society Paragon Award for New Presidents which he was awarded.

In the last year, he was successful in swiftly implementing COVID-19 safety protocols and easing the transition to online learning for both instructors and students. His willingness to approach learning in innovative ways created opportunities for students to continue working toward their educational goals amidst a pandemic.

“The determination and resiliency of our faculty and staff have been extraordinary over the last 14 months,” Breerwood said. “They proved that their dedication to the success of our students far outweighed any obstacle that was presented.”

Breerwood looks forward to the continued success of the college and more exciting updates and positive changes in the future. PRCC has not raised full time tuition since he took office in 2017 while providing 11% pay raises for the College’s employees. Despite a downturn in college enrollment across the state and nation over the last four years, Pearl River Community College has had an 8% increase in enrollment during the same time.

“Our goal is to remain affordable, efficient and accessible for all those who seek higher educational and life changing opportunities,” Breerwood said. “We have numerous challenges on the horizon as we focus on continued expansion and growth. I believe our best days are still ahead of us.”

For the latest news on Pearl River Community College, visit PRCC.edu and follow us on Twitter (@PRCC_Wildcats) and IFacebook (@PRCCMKTG).