TUSCALOOSA, Ala. – A sparkling performance from Christian MacLeod and timely hitting pushed the No. 3 Mississippi State baseball program to a 4-2 victory over Alabama in the series opener on Thursday (May 20) evening at Sewell-Thomas Stadium.

Christian MacLeod (5-3) gave Mississippi State a quality start with seven innings of work and 10 strikeouts. The left-hander allowed two runs on five hits and walked just one batter to earn his fifth victory of the season. He retired the first seven batters he faced and faced just three batters in four of his seven innings. He struck out at least one batter in six of seven innings and allowed multiple base runners in just the seventh inning.

For the seventh time in SEC play and the eighth time in 2021, Landon Sims came on to slam the door on a Diamond Dawg victory. He threw the final two innings and didn’t allow a run for the 14th time in 16 appearances in 2021. He allowed one hit, walked one and struck out five batters in the outing, including the final three outs of the game.

It was another night of timely hitting for the Diamond Dawgs, led by true freshman Kellum Clark and junior Tanner Allen. Clark got the offense started with a single in the third inning, then followed with an RBI double in the seventh inning to kick off the scoring. He also scored the second run of the game and stole one base after reaching on an error in the fifth inning.

Allen continued his torrid pace at the plate with two more hits in the series opener to move his hitting streak to 14 games and his reached base streak to 17 games. He used a sixth-inning single and a seventh-inning, two-RBI double to post his 15th multi-hit game and 11th multi-RBI game in SEC play this season.

Alabama’s Tyler Ras (6-4) cruised through the first five innings before allowing two hits in the sixth and four runs in the seventh to take the loss. He allowed seven hits, struck out three and didn’t walk a batter. Jackson Tate homered to open the scoring for Alabama, while Bryce Eblin collected the second RBI for the Tide.

On Tanner Allen’s approach at the plate

CL: He is just really good. I don’t even know if it is a hot streak, he just has the ability to barrel everything. You would be amazed how intelligent [he is] standing on deck and the process that he goes through [to get ready for an at-bat]. I am always hearing the comments he is making to [Jake Gautreau]. He is just a special hitter and he plays with confidence. I do not think that there is anyone in the country with more confidence in the box.

On Christian MacLeod’s night on the mound

CL: I thought that his stuff was good. Just the liveliness of the fastball and he had a really good breaking ball tonight. He was really good from the get-go and mixed his pitches well. I feel like he got stronger as the game went on. I am not going to say that his fastball got better, but his pitches were [getting stronger] through the middle innings of the game.

Jackson Tate opened up the scoring with a one-out solo home run to right.

Scotty Dubrule led off the inning with a walk and Kellum Clark lined a double off the center field wall to bring in Dubrule. Tanner Leggett reached on a fielder’s choice bunt to put runners on the corners with no outs, before a Lane Forsythe single pushed the second run across. Tanner Allen then doubled to left center to score the third and fourth runs of the inning.

Zane Denton led off the inning with a walk and Jackson Tate singled to put two runners on with two outs. Bryce Eblin then shot a ball through the right side to score Denton from second.

The Diamond Dawgs and Crimson Tide will meet again at 6 p.m. on Friday, May 21 in the middle game of the series. The game will be carried on the Mississippi State Radio Network and on SEC Network+ via the ESPN App. 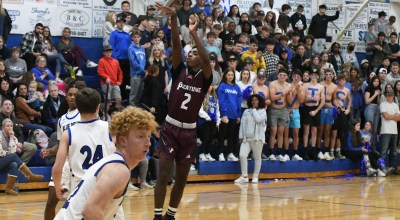