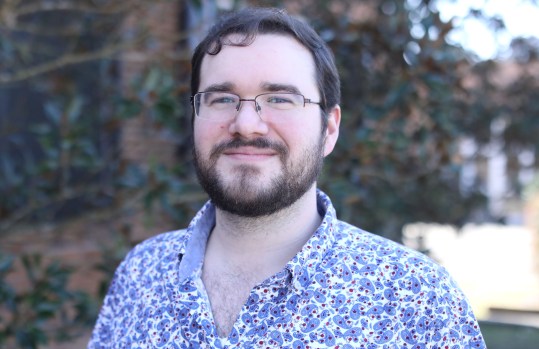 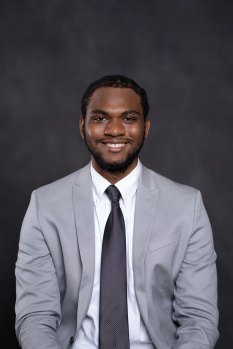 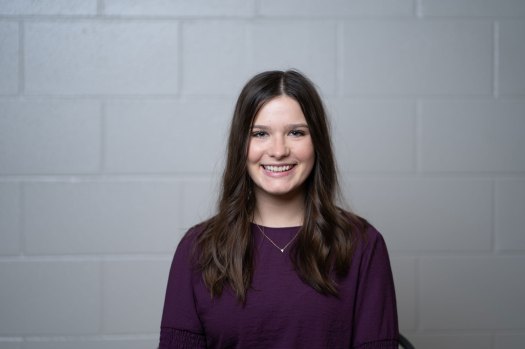 The JKC scholarship is a highly selective scholarship for the nation’s top community college students seeking to complete their bachelor’s degrees at four-year colleges or universities. Each scholar has access to financial support, college planning support, ongoing advising and the opportunity to connect with a community of fellow scholars.

The Foundation provides up to $40,000 per year to scholarship recipients for up to three years, making it among the largest private scholarships for community college transfer students in the country.

“To be named Jack Kent Cooke semifinalists, has been extremely surreal and exciting,” Cleveland said. “When first choosing to come to Pearl River, I never imagined this for myself. Dr. Terri Ruckel and Dr. Ryan Ruckel saw something within me and pushed me to pursue excellence. I could not have made it without either of them or their heart for my success. I have experienced growth and joy from this experience, and I am beyond thankful for each person who played a role in it.”

Riley Cleveland is a native of Hattiesburg where she attended Oak Grove High School.  Since joining the Wildcat Family, she has been a part of many great organizations. As of her sophomore year, she serves as the President of the William Lewis Honors College at the Forrest County Campus and the Vice President of Service for Beta Tau Gamma chapter of Phi Theta Kappa. During her time at The River she has received the Vice-Presidential Scholarship, the Coca Cola Leaders of Promise Scholarship, All-USA Academic Team Winner and now Jack Kent Cooke Semifinalist. Cleveland was named the Most Distinguished Chapter Officer for Beta Tau Gamma and she was also the Freshman and Sophomore Maid for the FCC. She was also voted Freshmen Class Favorite. Cleveland has been involved in the William Lewis Honors Research Symposiums where she received third place locally and second place regionally with her presentation titled “Corporal Punishment: Classroom Management or Mental Abuse?”

After graduating from Pearl River with her Associates degree this spring, she plans to transfer to Mississippi State University online to obtain her bachelor’s degree in Elementary Education. After earning her bachelor’s degree, she hopes to get a job being a kindergarten teacher in either a public or private school system. In the future, she may continue her education by going for her Master’s degree.

“My time at Pearl River has been nothing short of amazing,” Cleveland said. “Being a part of the Honors College and Phi Theta Kappa has allowed me to make friendships that will last a lifetime, take hold of opportunities that will continue to grow my character, and build connections with instructors that will have my back past my years at Pearl River. I am thankful for my professors for taking time to help my personal growth and will always be grateful for my time at Pearl River Community College.”

“This is such an amazing experience to have made it this far,” Harper said. “To have a chance like this opens doors to so many possibilities. You hear people talk about it, but it does not feel the same as experiencing it.”

Quindalin Harper is from Bassfield where he attended Jefferson Davis County High School. After joining the Wildcat Family, he made a point to involve himself in many on campus organizations and activities. Harper is currently a part of the Student Government Association and the Dr. William Lewis Honors Institute. He is also the Phi Theta Kappa Vice President of Planning and logistics. Harper is a Student Peer Leader for The Office of Student Success and Get2College Corp.

Harper has received an Honors Developmental Scholarship and competed in the Honors Research Symposium. After graduating from Pearl River this spring, he plans on transferring to the University of Mississippi and majoring in Psychology with a minor in Neuroscience. Long term, he plans to pursue his doctorate degree and endeavors to work in the field of Psychiatry.

“Being here at PRCC is like a being on a river,” Harper said. “At the start, it’s tough making your way down the river and then in the middle, you find your paddle which sometimes is a friend or a teacher that really wants to see you succeed. From there you can ride the wave to better things.”

“This is the second time I have been afforded this honor, and I am hopeful that I will make it past the final cut this time,” Simpson said. “It is not easy to face failure and try again; being designated as a Jack Kent Cooke Transfer Scholar Semifinalist again has certainly validated the effort I have had to conjure and maintain to move forward. I could not have done this alone; particularly, I must thank Cheri Alder, Dr. Aaryn Purvis, and Dr. Terri Ruckel personally for their endless support and the tireless work they have done on my behalf—even after I was no longer their student. I consider each of them a mentor and I am incredibly grateful to PRCC for bringing us into each other’s lives.”

Kyle Simpson, 30, was born in Orlando, Florida, though they have spent most of their life in Mississippi. They attended Palm Bay High School in Melbourne, Florida; however, they were withdrawn from tenth grade due to familial stressors. Kyle spent most of their 20s working full-time and independently studying the social sciences. During their time at PRCC (Spring 2018-Fall 2019), they have become a member of PRCC Forrest County Center’s William Lewis Honors College, Phi Theta Kappa chapter—Beta Tau Gamma, Mu Alpha Theta chapter, Sigma Kappa Delta chapter, as well as participated in the campus’ History and Humanities, and Travel clubs. In addition to their involvement on campus, Kyle also had the honor of representing PRCC as a member of the International Scholar Laureate Program’s Delegation on Medicine and Science to China during the summer of 2019. Kyle received their Associate of Arts degree with High Honors in December 2019 from PRCC; during their time at PRCC they won both the History and Fine Arts Student of the Year awards and earned two academic publications. Kyle plans to major in psychology upon transferring to university, where they intend to conduct research concerning poverty’s effect on the ability of individuals and cultural cohort groups to process trauma and grief productively. They plan on ultimately achieving a PhD in counseling psychology with an emphasis on grief counseling and poverty studies; their top three choices for transfer are Amherst College, Stanford University, and the University of Michigan-Ann Arbor—which they have been admitted to. Post-academia, Kyle plans to work on synthesizing emotional health initiatives with economic justice initiatives, locally, nationally, and globally.

“When I enrolled at PRCC, I was not sure what to expect from a community college in southeast Mississippi, but I have been endlessly whelmed by the dedication and quality of PRCC’s faculty,” Simpson said. “As a non-traditional student who thought that academia was never going to be a part of my future, I have been beyond well-served by PRCC. If not for the amazing professors I have had, and built genuine bonds with, my future would not be the beacon of ambition and optimism that it has become. PRCC changed my life, and maybe even saved it. There are not enough words to ever communicate my gratitude fully; I will move forward and do the Wildcat name proud.”