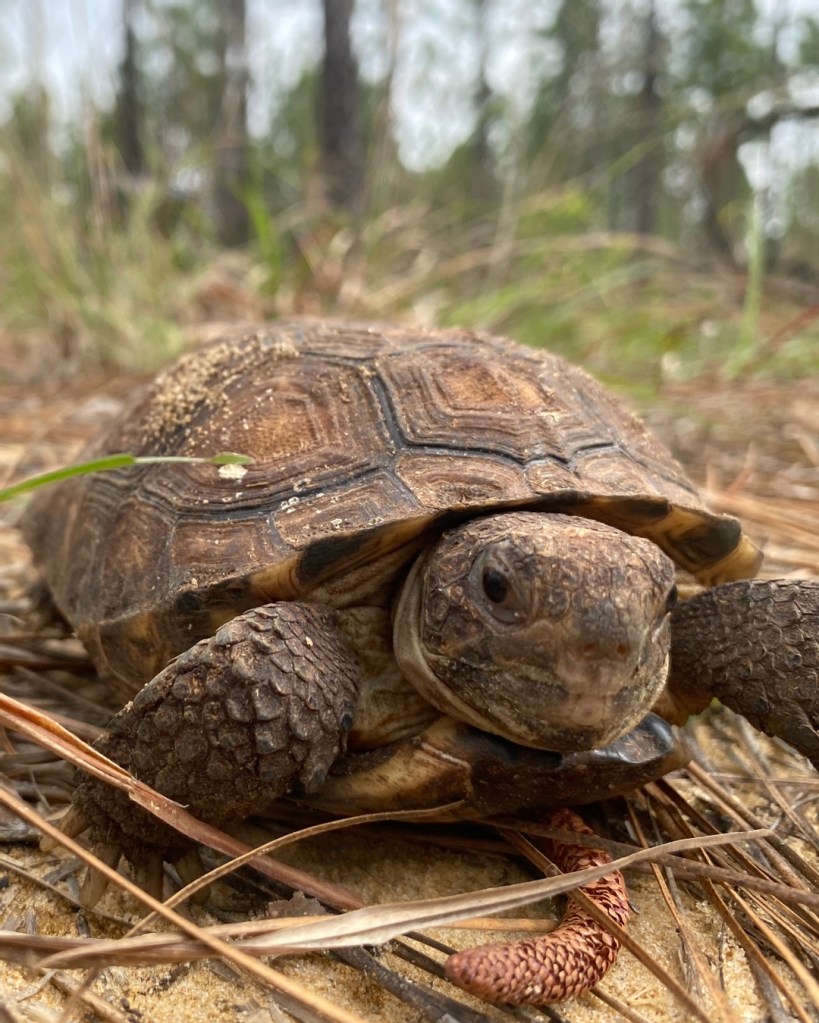 LOCATOR, HATTIESBURG, MS – Earlier this month, The Nature Conservancy in Mississippi released thirty-eight 2.5-year-old Gopher Tortoises to celebrate National Gopher Tortoise Day. The vast majority of them were incubated at TNC’s Camp Shelby Head Start facility. A few were brought to us from the wild after sustaining injuries, and we also received some following their recovery at the Central Mississippi Turtle Rescue.

The TNC team released the 38 tortoises at three different adult tortoise burrows. Within an hour, our team noted a number of tortoises starting to dig burrows.
​
We normally release tortoises that have been raised in captivity for 2 years. At this age their shell has hardened, and they are able to dig deep burrows. These head start tortoises are about the size of wild 6-to-8-year-old gopher tortoises.

​The Gopher Tortoise has become a threatened species mainly due to the degradation of their habitat and the susceptibility that presents to predators. TNC collaborated with the Mississippi Military Department, U.S Fish and Wildlife Service, U.S. Forest Service, Mississippi Natural Heritage Program, and Mississippi Department of Wildlife, Fisheries, and Parks.

As part of the organization’s larger Longleaf Pine efforts across southern Mississippi and much of the southeast, TNC is utilizing prescribed fire techniques to help conserve and restore the gopher tortoise habitat. The tortoises are being released into those portions of the Longleaf pine forest that have been restored and already contain colonies of adult tortoises.