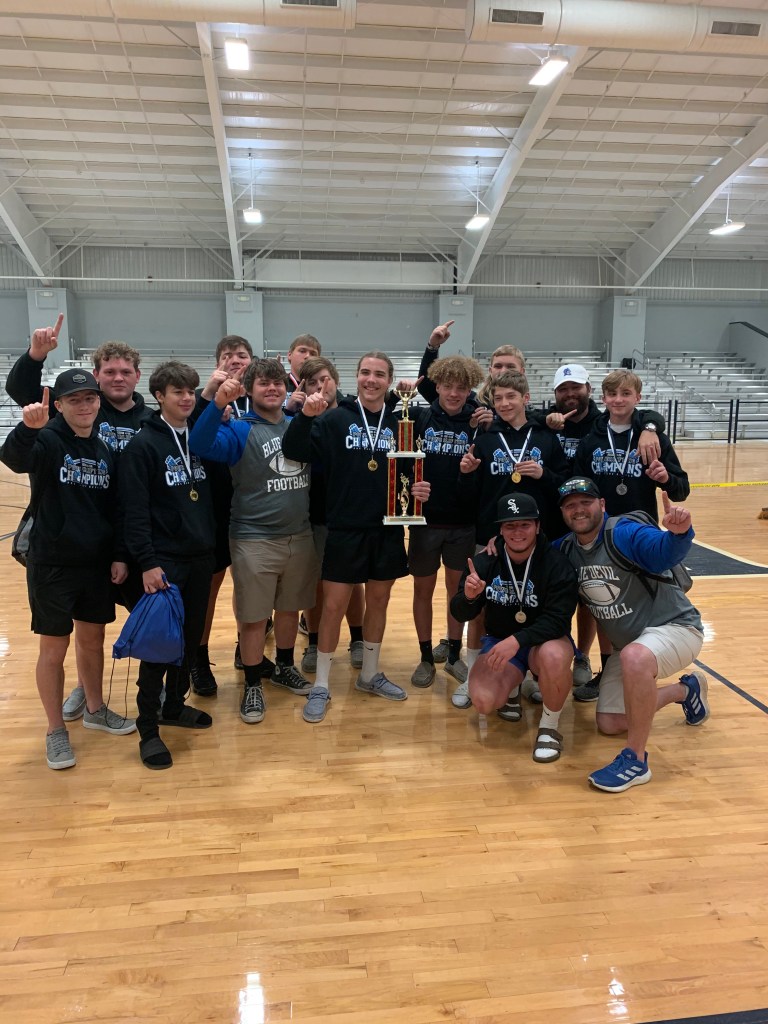 Bring It Home: The PRC powerlifting team’s athletes and coaches pose with their trophy and medals after earning the title of 5A south state champions. Submitted photo.

Pearl River Central’s powerlifting team took home some hardware this week after earning the title of 5A South State Champions.

Coach Jacob Owen said his team was itching for an opportunity to become champions so the Blue Devils worked hard to prepare for the meet.

“Every time you advance in one of these things you have to go in with a little higher expectation. One thing I told the guys before we left was that we have to attack our first lift more than we attacked the last one at district. It means more,” Owen said.

There’s a little more to powerlifting than just brute strength. There’s nuance in the specific commands and techniques lifters have to use, which was something Owen had harped on prior to the lifts. “You can’t afford to scratch. You have to respect the weight and attack it with a south state type of intensity, and they went over there and did it. I’m very proud of them. They’re the most accomplished powerlifting team in school history,” Owen said.

With the pressure on, the athletes could’ve had a hard time staying disciplined knowing there was a spot at state on the line.

Owen had warned his lifters about how they’d need to approach each lift, mainly because Owen didn’t want to see his athletes lose an attempt due to a botched command.

The athletes had to give up vacation time to compete since the meet took place during the school’s spring break, but that didn’t seem to deter the Blue Devils.

“I knew we were going to be successful when I showed up at the field house. I told them to be there at 9:30, and when I got there at 9 the parking lot was already full. Every one of the kids were there, the coaches were there and it’s spring break. I’m very proud of the commitment they showed, especially during a holiday when you can easily find something else to do. They decided to come together and win a championship together and you can’t put a price on that,” Owen said.

The athletes have a little over two weeks before they’ll head to state with a chance to win it all.

“It’s time to turn it up a notch. We’re not going over there to finish second. We have a great opportunity. We’ll have to work hard, go over there and put up good numbers, but I feel like we have just as good a chance as anybody. We’re not satisfied with this,” Owen said.