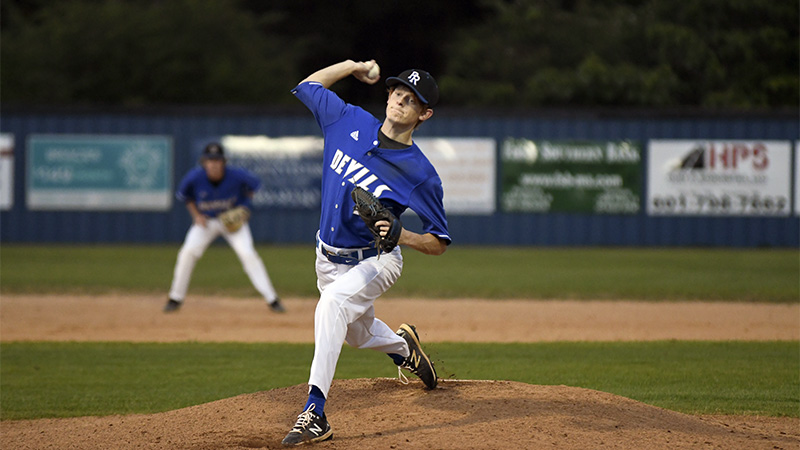 Pearl River Central’s baseball team couldn’t find a way to beat the Hattiesburg Tigers in seven innings, but were able to get the job done in the eighth for a 6-5 win Monday evening.

Ethan Songy stepped up to the plate with the bases loaded and singled to secure the Blue Devil victory.

Songy went 2-5 against Hattiesburg with an RBI and run scored.

The tight game meant Head Coach Neil Walther had to go deep into his bullpen, using five pitchers including starter Landen Droddy who went 5 2/3 innings before being pulled.

Beating Hattiesburg doesn’t affect the Blue Devils’ seeding since PRC already won the district, but it could serve as another momentum boost with playoffs quickly approaching.

After the game, Walther said he was happy with his team’s performance at the plate, but that the athletes need to do a better job of driving in runs when the opportunity prevents itself.

“We got a lot of hits. I thought we hit the ball well, but in the first three innings we hit into double plays each time. We just couldn’t string the hits together. We had the opportunities,” Walther said.

Hattiesburg was able to plate five runs, but PRC was solid all night defensively.

Having so much pitching depth served the team well against the Tigers. In the end the athletes were able to work out of some tough situations with the Tigers threatening to score.

“(Heath) Brunson got us out of jam. Gavin (Brown) didn’t have it, but in same situation we’d give it to him again. Nolan (Walther) got us out of a jam with bases loaded with one out and then Caleb (Dyess) got us out in the end. We used five guys and I thought the pitchers made some big pitches,” Walther said.

The team’s experience has helped this season with athletes throughout the lineup having spent years playing at the varsity level.

That means even in tense games, like the Hattiesburg matchup Monday night, the Blue Devils know how to get the job done.

“They never pushed the panic button. They felt confident the whole time. I was getting a little animated, but they were fine and knew what they needed to do. We were good up and down the lineup and I think everybody had some positive at bats,” Walther said.