Poplarville has 2 fire trucks down 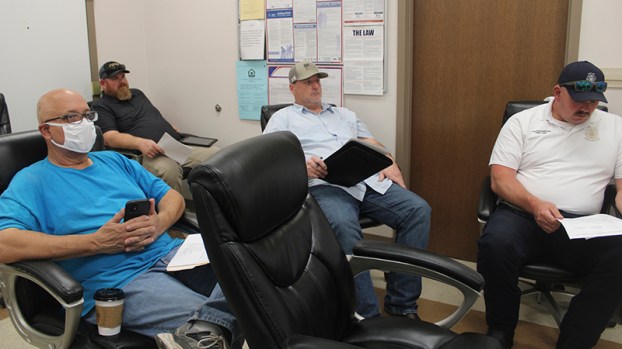 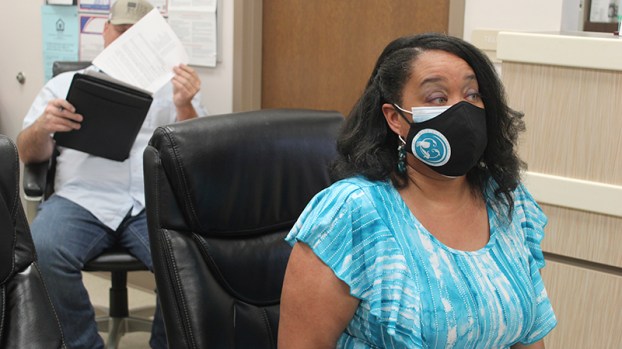 Stephanie Piper with the Gulf Coast Center for Nonviolence told the Board of Aldermen about the 'Start by Believing' campaign, during their regular Board meeting Tuesday. Photo by Cathy Cook.

The city of Poplarville is dealing with ongoing fire truck maintenance issues that, according to the mayor, may be putting locals in peril.

The Poplarville Fire Department has three fire trucks, one of which is a ladder truck. Two of the trucks, including the ladder truck, are in need of repair. A pump on one of the trucks froze, Fire Chief Jason Bannister told Poplarville’s Board of Aldermen. He estimated replacing the pump would cost $20,000, while replacing the pump housing would be $5,000 to $6,000. The ladder truck is dealing with electrical issues and will cost an estimated $2,000 to repair. Since the ladder truck was built in 1998, it took over a week to simply find schematics for the vehicle, said Bannister.

Bannister asked the Board of Aldermen to consider putting in a bid for a used ladder truck at another department, but the Board is unable to adjust the budget so significantly in an election year.

Bannister has not been able to find grant funding that would support the fire department purchasing a new truck.

Alderman Kevin Tillman also said he was concerned about buying a used truck that could come with its own problems.

Bannister said the city will never be able to afford a brand new ladder truck, because they cost close to a million dollars, but believes the city could find a reliable used vehicle.
Mayor Rossie Creel suggested he and the fire chief meet with Pearl River Community College’s Board of Trustees to see if they would consider helping finance a replacement ladder truck.

“If they understand the extreme peril that their students are in on a daily basis because of the equipment that we have that’s broken and if we can present that to their Board of Trustees and say ‘Hey we’ve got to have some help,’ because you’ve got a couple thousand people over here every day, if not more, living in these dorms and if a major catastrophe happens over there, you know a big fire, we’re going to have hell fighting it,” said Creel.

—Approved a payment of $34,259 for work on the City Square Park stage. The funds are from a Mississippi Development Authority Small Municipalities Grant. The Board also approved a five-day contract extension for the contractor working on the park, due to weather delays.

—Proclaimed April Sexual Assault Awareness Month. A representative from the Gulf Coast Center for Nonviolence was at the meeting to accept the proclamation.

The next regular Board meeting will be Tuesday, April 20 at 5 p.m. in Poplarville’s City Hall.
The Board will also be having a golf cart ordinance workshop on Tuesday, April 13 at 5 p.m.