Picayune baseball looking to bounce back 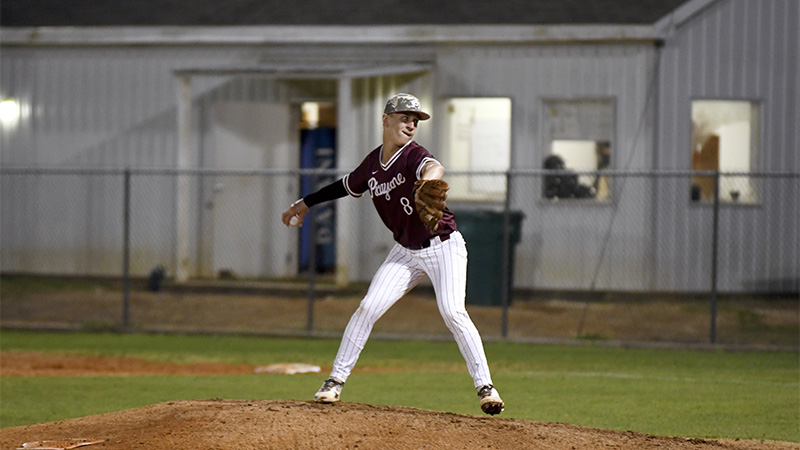 Constant Improvement: Picayune's young players have used the season to earn their stripes at the varsity level. Photo by Jonathan Mitchell.

The losses put Picayune at 0-6 in district play and Head Coach Evan Nichelson said his young players are using the defeats as a chance to review and evaluate their own performances.

“The kids showed up the next day ready to get back to work. We’re trying to take it as a learning experience and something to look back on and think about what we can get better at. We’ll keep that taste in their mouth and use it to motivate them to get better,” Nichelson said.

Nichelson’s message stays the same no matter the result; it prioritizes approaching each day with a desire to improve.

The team is filled with young, first-year starters so the growing pains were to be expected.

However, the leadership from the team’s few seniors has been even more important as the youngsters get their feet underneath them.

“They’re showing up every day and continuing to work hard and I’m very pleased with the guys. No matter what happens, the next day they show up ready to get better and that’s an attribute of our seniors. They set the tone,” Nichelson said.

Picayune might be taking some lumps this season, but the varied results and increased amount of reps will help the athletes get more comfortable not only for upcoming matchups, but for future games as well.

“It’s been a learning on the fly type deal. We have a very young pitching staff and that’s where you want them to understand you can’t live or die off every pitch. When something bad happens you have to learn to flush it and make the next pitch, and there have been some good things. We have some kids who have grown up. We just have to keep plugging,” Nichelson said.