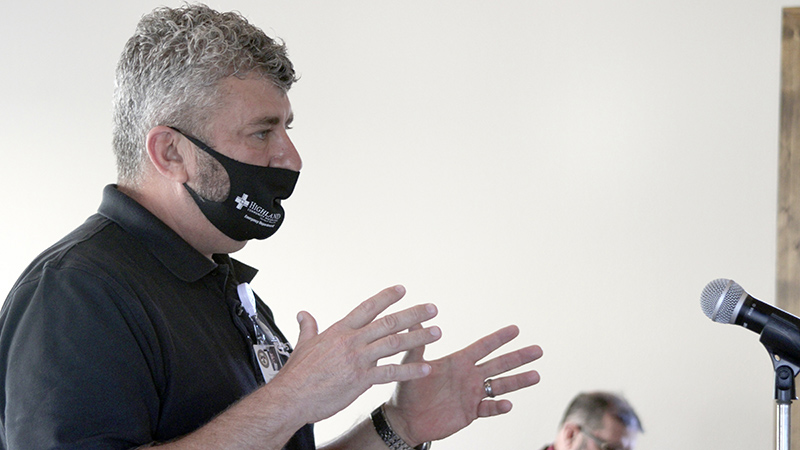 The suspension was for potential failure to comply with mandatory reporting requirements on child deaths and overdose deaths, according to reporting by the Associated Press.

Hancock County’s Board of Supervisors requested that Pearl River County approve allowing Turnage to serve as pro tempore coroner for Hancock County until a final outcome is reached in any ongoing investigation into Faulk.

Pearl River County’s Board of Supervisors approved the request Monday.

In Mississippi, coroners are allowed to serve in two counties that are adjacent, which will ensure Hancock County’s coroner duties are covered until the situation with their coroner is resolved, said Turnage. Turnage said he is not privy to the details of the investigation into Faulk.

Turnage has three deputy coroners in Pearl River County, who will help him with the work in both counties. There is also one deputy coroner in Hancock County who will continue to serve in that role.

The Hancock County line is less than five miles from the city of Picayune, said Turnage, and he believes taking on the additional duties will be manageable. It is unclear to Turnage at present how many calls the Hancock County coroner receives per month, as no one has been able to tell him, but it appears to be comparable or slightly less than the number of calls in Pearl River County.

“We’re going to provide a service to the citizens of Hancock County, the same service that Pearl River Countians are used to. We’re going to do our job down there, what we’ve been asked to do. And when it’s all said and done, hopefully they’ll have everything cleared up with their coroner’s office.”

Turnage does not know how long he will be in the temporary position.

“The Board wants to help Hancock County and do whatever we’ve got to do to help them out,” said Pearl River County Board of Supervisors President Sandy Kane Smith during Monday’s Board meeting.