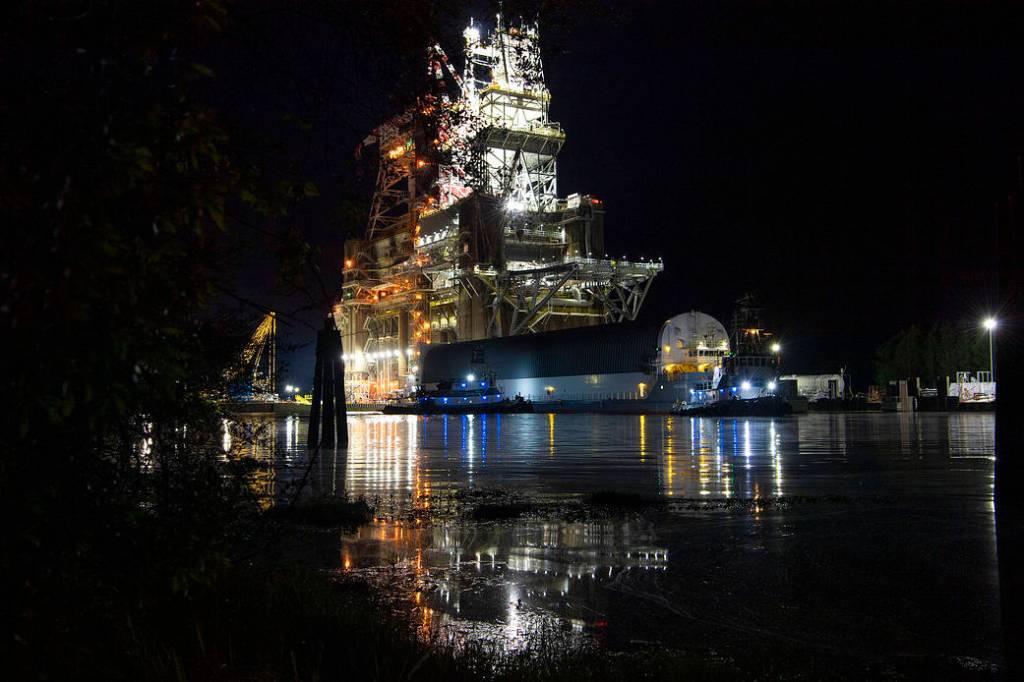 The first core stage of NASA’s Space Launch System (SLS) rocket departs Stennis Space Center near Bay St. Louis, Mississippi, following completion of the Green Run series of tests of its design and systems. The stage now is in route to the agency’s Kennedy Space Center in Florida, its final stop prior to NASA’s launch of the Artemis I mission around the Moon. At Kennedy, the core stage will be integrated with the rest of the SLS rocket and the Orion spacecraft in preparation for launch. Through the Artemis program, NASA will return humans, including the first woman and first person of color, to the Moon and prepare for eventual journeys to Mars.

NASA is building SLS as the world’s most powerful rocket to serve as the backbone of the Artemis program and the nation’s future deep space exploration missions. The SLS core stage, measuring 212 feet tall and 27.6 feet in diameter, is the tallest flight component ever built by NASA. It is equipped with four RS-25 engines to help power the SLS rocket at launch. Built by prime contractor Boeing at NASA’s Michoud Assembly Facility in New Orleans, the stage was delivered to Stennis aboard the agency’s Pegasus barge in January 2020. Once installed on the B-2 Test Stand at Stennis, the series of eight Green Run tests began. After pausing for about two months at the start of the COVID-19 pandemic, the work continued with new safety and health protocols in place. The team also endured a record-setting hurricane season that featured multiple storms. Nevertheless, each stage system – including avionics, hydraulics, and propulsion – were turned on and checked out during the eight-test campaign that concluded with a hot fire of the stage’s RS-25 engines, just as during an actual launch.

After an initial hot fire test of the engines experienced an automatic shutdown early this year, teams conducted a second test on March 18, characterized by agency spokespersons as “flawless.” During the test, the engines fired for more than eight minutes, generating a combined 1.6 million pounds of thrust and representing the most powerful test conducted at Stennis in more than 40 years. The test team then worked to refurbish the stage for launch and to remove it from the B-2 Test Stand, a precise operation that requires optimal weather and wind conditions.

Teams succeeded in removing the stand April 19-20, lifting it from its vertical installed position and using a pair of cranes to break it over and lower it to a horizontal position on the B-2 Test Stand tarmac. Following operations to prepare the stage, teams used specially designed transporters to load and hold the massive stage on the Pegasus barge. The work at Stennis was conducted by a multifaceted team of employees from NASA; Boeing, lead contractor for the SLS core stage; Aerojet Rocketdyne, lead contractor for the RS-25 engines; and Syncom Space Services, lead contractor for facility maintenance and operations at Stennis and Michoud.