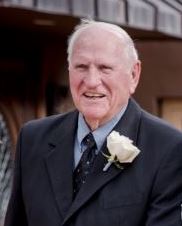 He was predeceased by his best friend and wife of 59 years, Velma Diane (Mitchell) Tate, and his dearly loved daughter, Daphne Delphine Tate. He was also predeceased by his parents, Lonnie James and Vera (Whitman) Tate, and his sisters, Katherine Tate, Dorothy (Tate) Rouse, Marion (Tate) Rouse, Gloria (Tate) Osborn and Billie Jo (Tate) Keller. Jim grew up in Picayune, the only son of Lonnie and Vera Tate.

Jim served 23 years with distinction in the military where he received commendations for his dedication and bravery, retiring from the Air Force as a Chief Master Sergeant. The discipline and patriotism he learned in the Air Force never left him, as friends and family will attest. He is a military veteran of the Korean and Vietnam Wars, where he earned several medals, including multiple Meritorious Service Medals. Jim’s career after the military with NASA, Lockheed Martin and personal ventures were very fulfilling. His success in both the military and business can be directly attributed to his work ethic and his natural leadership ability. His attention to detail was legendary.

If you asked 100 people who James Thomas Tate was, they’d all give you a different answer. We have been blessed to learn many valuable lessons from our hero. Jim wanted us to all remember that he has been grateful for the blessed life he lived, and for all of those people who entered into his life. Jim was the strong patriarch of our family, a good father who always took care of his children and did the best he could to teach and guide them, a loving grandfather and “super-hero” to his great-grandchildren; he was a friend to all, and a good man.

The family would like to express their sincere gratitude to the members of Encompass Health – Hospice.

Their dedication and effort to provide quality care was a heartwarming blessing to the entire family.

We thank God for the gift of his life and the blessing of the time we spent with him. He leaves all who knew him rich in memories that have now become a wonderful treasure to always be held in our hearts.

A graveside service will be held honoring Jim on Saturday, April 24, 2021 at 11:00 a.m. at New Palestine Baptist Cemetery, 2336 Palestine Road, Picayune, MS 39466. Dr. Stan Fornea will officiate, assisted by Reverend Walt Barnes. Because of his love of education, he established the Diane and Daphne Tate Memorial Scholarship through the PRCC Foundation Scholarships. Any memorial contributions may be made to the foundation scholarship he founded. McDonald Funeral Home is caring for the arrangements.