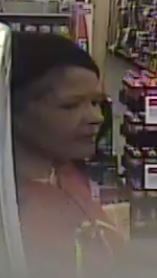 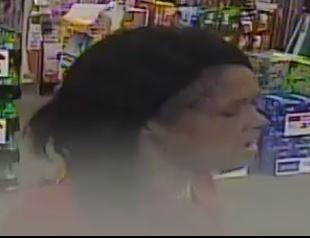 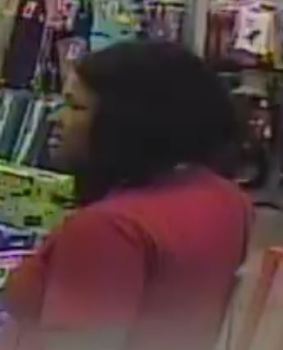 On 19 April at about 7:45 pm it was reported in the 1700 Block of Pass Rd, an Unknown B/F entered the store about 6:30 pm accompanied by two juveniles approximately 12-14 years old, and a Toddler about 18-24 months old. The subject pictured below shopped in the store, brought all the items up to the counter as if to pay for them, but before completing the payment, the female had the juveniles take the items, totaling approximately $170, outside to their car. The card used to attempt the payment reportedly did not work, so the B/F told the clerk her other card was in her car, and that she would go get it. Instead of rendering payment, the B/F got into her car and reportedly drove off without paying.