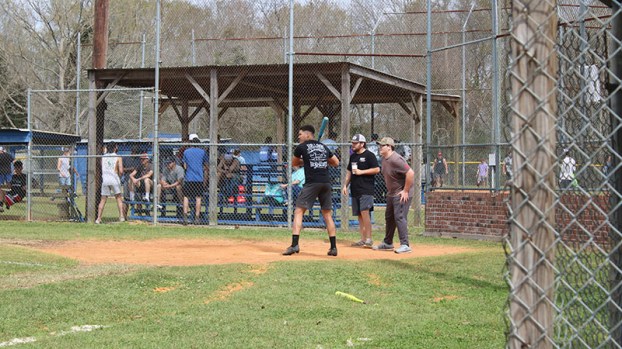 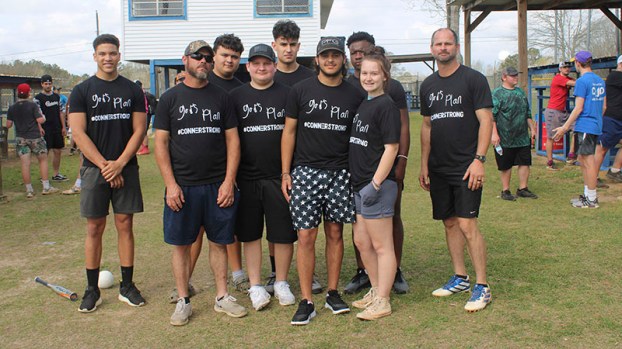 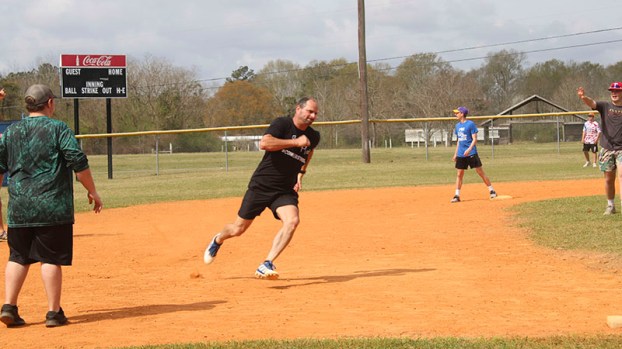 Running home: A player runs toward third during a cabbage ball tournament. The tournament was organized by teenagers to fundraise for medical costs for one of their friends. Cathy Cook | Picayune Item 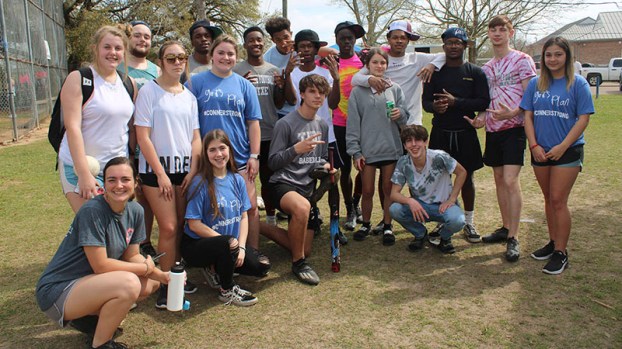 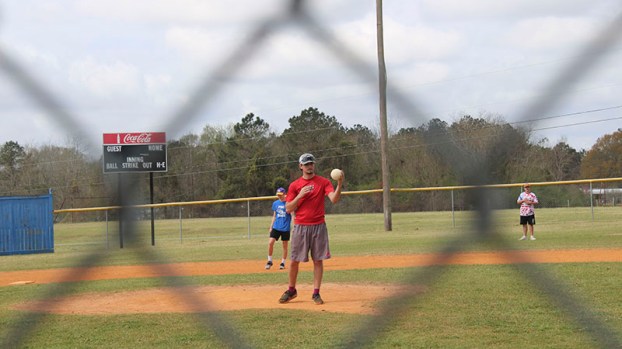 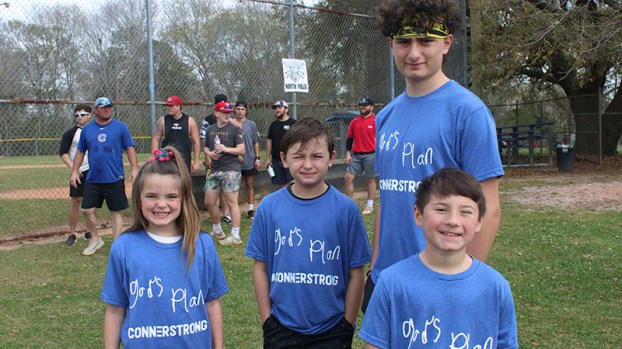 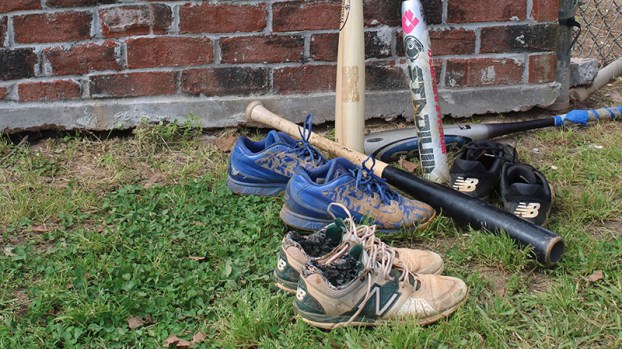 Teenagers have stepped up to show their support for 16-year-old Conner Beech after he was involved in a serious car accident.

Multiple fundraisers and blood drives have and continue to be held for Beech, including a cabbage ball tournament on Saturday, March 13, organized by his friends. Beech is in 10th grade and only had his license for four months when the accident occurred the night of Wednesday Feb. 24. That day Beech was driving at about 10 p.m. when he fell asleep, said his aunt Debbie Weaver. The road curved, Beech’s truck continued straight and his truck struck a tree.

Beech was wearing his seatbelt, so he was not ejected from the vehicle, but both of his legs were broken in the accident. Part of one leg had to be amputated.

A man stopped at the accident and called 911. Before emergency services arrived, Picayune firefighter Anthony Lossett came upon the accident while he was driving home and stopped to help. Lossett did not know who the teen in the truck was until he asked Beech for his name.

Lossett and Beech’s father Jeremy Beech work together as firefighters, said Weaver. Lossett applied a tourniquet, that doctors have since told the family saved Beech’s life.

“He would have bled out in a couple minutes. That’s another miracle, that Anthony stopped at that time,” said Weaver.

Conner Beech was transported to a hospital in Hattiesburg, then subsequently to the Children’s University Medical Center in Jackson where his parents could stay with him. He’s had multiple surgeries, dialysis because the tissue damage he suffered overworked his kidneys and he had bruised lungs, said Weaver.

At first when Conner woke up in the hospital he could not talk, so he was given a pen and paper to communicate.

“His daddy told him that he might lose his leg and he wrote on the paper, ‘God’s plan,’” said Weaver.

The community has stepped up to support Beech with prayers, blood donations and fundraisers to help with medical expenses. He will likely use the fundraiser money to help pay for a prosthetic and might need to pay for the medical helicopter transport out of pocket, said Weaver.

“We just want to thank everyone for everything they have done, and the overwhelming support and prayers. When anything happens in our community, the people really pull together. It really makes you proud to be from Pearl River County,” Beech’s family said in a written statement.

On March 13, teenagers gathered at baseball fields in McNeill for a cabbage ball tournament. Eleven teams signed up to play in the tournament, which was organized by teens, including 17-year-old Xander Nefo.

Teenagers in Poplarville also organized a car wash to support Beech on the same day and on Wednesday of this past week a fish plate fundraiser was held at Jack’s Fish House. Additionally, several blood drives were held and the family is currently selling T-shirts.

Family members were originally just going to make 150 T-shirts and sell them at cost of $10 each as a way to show support for Conner. But 305 people ordered a T-shirt, and the larger order meant there was some profit that will also go toward to Conner’s medical expenses, said Weaver.

“The outpouring from the community has been overwhelming in a good way,” said Weaver.
Picayune firefighters will hold a fundraiser softball tournament on March 27, at Friendship Park beginning at 9 a.m. Food trucks will be selling food and those profits will also go to support Beech. There will also be a fundraiser on May 2, at Mutt and BC’s Bar and Grill.

Anyone who can not make the tournament or the event on May 2, can donate via an account for Conner Beech at Southern Bancorp on Lakeshore Drive or venmo @connerbeech.