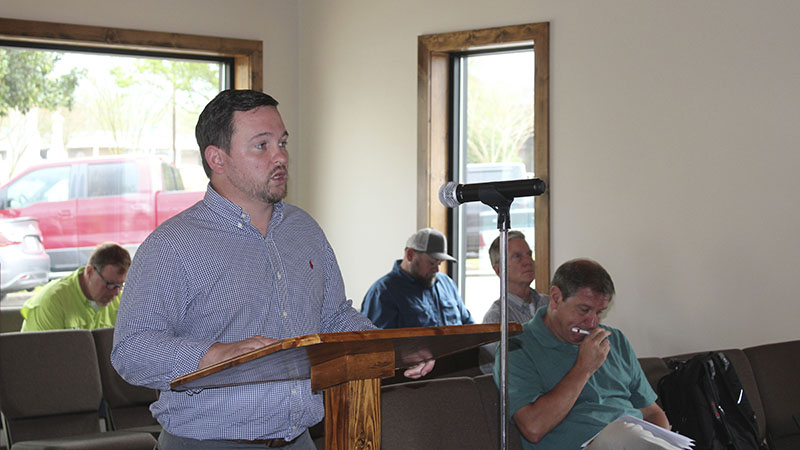 The Pearl River County Board of Supervisors is hopeful a proposal for a publicly owned recreational lake in the county will move forward.

The proposed lake would be approximately 875 acres in Pearl River County with a surrounding recreation area. The location would be directly off of I-59, within 60 miles of New Orleans.

The project could create 71 to 107 jobs, bring in $3.8 million in revenue annually from visitors and bring in $103,000 to $155,000 in local tax revenue from sources like ad valorem taxes, permitting and sales tax, said LaFontaine.

The impact study suggests that camping fees alone could bring in $1.2 million to $1.8 million, which LaFontaine believes would be more than enough to fund the lake’s operational budget. He said lakes of a similar size typically have operation budgets close to $1 million per year.

The project could increase tourism and bring more visitors from New Orleans looking for a weekend getaway, LaFontaine said.

Board members said although work on the proposed recreational lake has been ongoing for a long time, they had not seen the benefits of the project presented in this way before. Board President Sandy Kane Smith said the impact study should be presented to state legislators, because he believes it would build more support for the project.

“Everybody seems to have a lake but us,” said LaFontaine. “None of them, and I mean none of them have the market opportunity that we do here.”

In a separate matter, the Board approved a payment of $18,709 to Precision Construction, LLC for work to replace the bridge on Troy Dedeaux Road. Les Dungan with Dungan Engineering said the contractor is working on planting grass on the disturbed area and all that will remain is paving. The project is funded by state ERBR funds.

Dungan also said the bridge replacement on Walkiah Bluff is moving forward. The contractor is preparing the site and building a detour. The bridge that was closed on Shorty Burgess Road in Nicholson is also being replaced. The design for that bridge is underway and right of way documents have been delivered to the Board attorney.

—Acknowledged checks to Rayford Lee for work on the new county administration building. The three checks were for a total of $17,050.

—Accepted a default judgment for seized currency and property, including $1,050 and two guns. The currency will be split between the Sheriff’s Department and the 15th District Attorney’s Office.

—Discussed Household Hazardous Waste Day, which will be Saturday from 8 a.m. until grant funds run out at the Pearl River County Central Maintenance Facility, 8953 Highway 11.

The next regular Board meeting will be Monday, April 5 at 9 a.m.