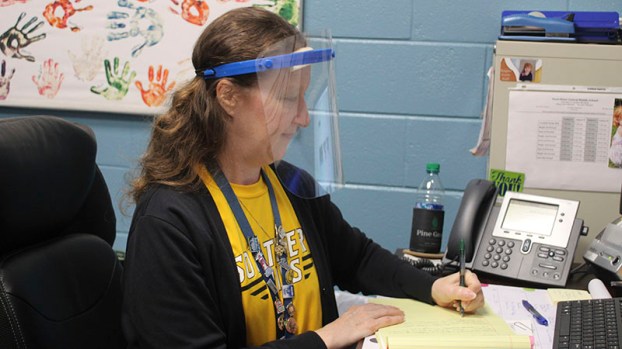 STOPit Solutions offers a smartphone application where students or staff can make anonymous reports. The company also offers a hotline number and a website students can use to submit reports.

No reports had been submitted to the school district’s previous anonymous reporting system in over a year, said Denise Rouse, a licensed social worker for Pearl River Central Middle School. Students began submitting reports to the new system the first day it was launched on Feb. 22. The previous reporting system included a website and hotline, but no smartphone application.

Students can use the technology platform to report any kind of safety issues such as bullying, cyber abuse, self-harm or threats being made against the school. The reports go directly to the corresponding school’s social worker. If it is outside of regular school hours, STOPit staff can still respond to the report.

All of the district’s social workers are licensed certified mental health professionals who are trained to assess situations, deescalate them and help connect students to the resources they need. If a situation is reported where someone is in immediate danger, law enforcement is also alerted.

The app includes a messaging feature. The person making the report remains anonymous, but the school’s social worker can respond to the report to ask for additional details or to let the concerned individual know the report is being addressed. The previous technology platform had no messaging feature, so students had no feedback, said Rouse.

Although Rouse cannot share exactly how a report is being handled, she can let the person sending the report know that it’s being addressed. Previously, the school was addressing issues when they were reported, said Rouse, but students were unaware.

“They had no way of knowing someone was taking action,” she said.

She’s heard from some students that sometimes when they report bullying, they felt nothing was being done, and Rouse believes giving students feedback will make them more likely to make a second report if necessary.

“We need to provide a safe communication avenue, where students if they’re experiencing something they’ll say something, because our school officials cannot handle anything if they don’t know anything about it,” said Superintendent Alan Lumpkin. “It’s very important for our students to have a safe place and feel comfortable reporting.”

A grant is funding the new platform, so it comes at no cost to the school district for three years.

Pearl River County School District is one of 64 school districts to get the technology platform from Delta Area Association for Improvement of Schools.

Students are encouraged to take advantage of open door policies and speak with the school social worker or principal, said Lumpkin, but district staff want to give students who don’t feel comfortable speaking to an administrator or school police officer a way to report issues anonymously.