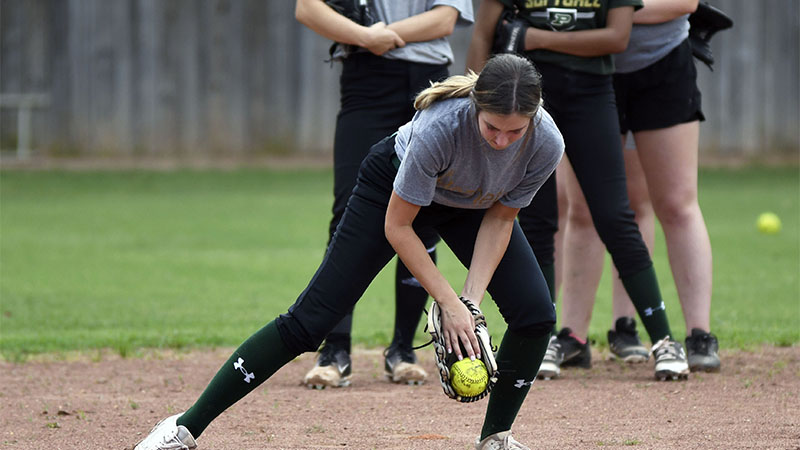 Poplarville and Greene County faced off in a district matchup last week that resulted in a 14-5 win for Greene County.

The game was close until the final inning when some defensive errors by the Lady Hornets allowed the Lady Wildcats to plate five runners.

The loss is by no means a catastrophe for Poplarville seeing as the Lady Hornets still have several district games to play, but the negatives from the Greene County game must serve as learning opportunities heading into future district games.

Lily Tynes got the start for the Lady Hornets on the mound.

The freshman didn’t see a lot of varsity action coming into the season after last year’s campaign was cut short by COVID-19, but Deckwa said Tynes has done a good job of fighting through adversity this year.

“She did get a few starts last season at the beginning, but this year has kind of been her first go at it. She’s tough and she’s continuing to grow,” Deckwa said.

Cassidy Cartwright went 2-4 with an RBI against Greene County as one of the team’s key offensive weapons against the Lady Wildcats.

The senior provides leadership as one of the select veterans in the squad and her impact offensively and defensively can’t be understated.

“Other than just the basic leadership she gives from that senior position, she’s in the two-hole position. Her job is to move runners and do whatever she can to get on base. She’s a really good base runner, so getting her on base early in the game is big for us,” Deckwa said.

The loss drops Poplarville to 0-1 in district play, but there’s no need to panic. The Lady Hornets have plenty of talent throughout the lineup to right the ship, it’s just a matter of cleaning up mistakes and learning from previous matchups.

Deckwa said with her team’s philosophy, there’s no reason to worry about the future, but to instead focus on what’s right in front of them.

“I think facing each game we get to is important at this point; each inning, each at-bat. We’re going to approach it one game at a time and take care of the team we’re focused on that day. I don’t think there’s a need to panic. We lost the first one and now we have to move on,” Deckwa said.

The Lady Hornets’ next game will be against Sumrall March 26 away from home with first pitch scheduled for 5 p.m.