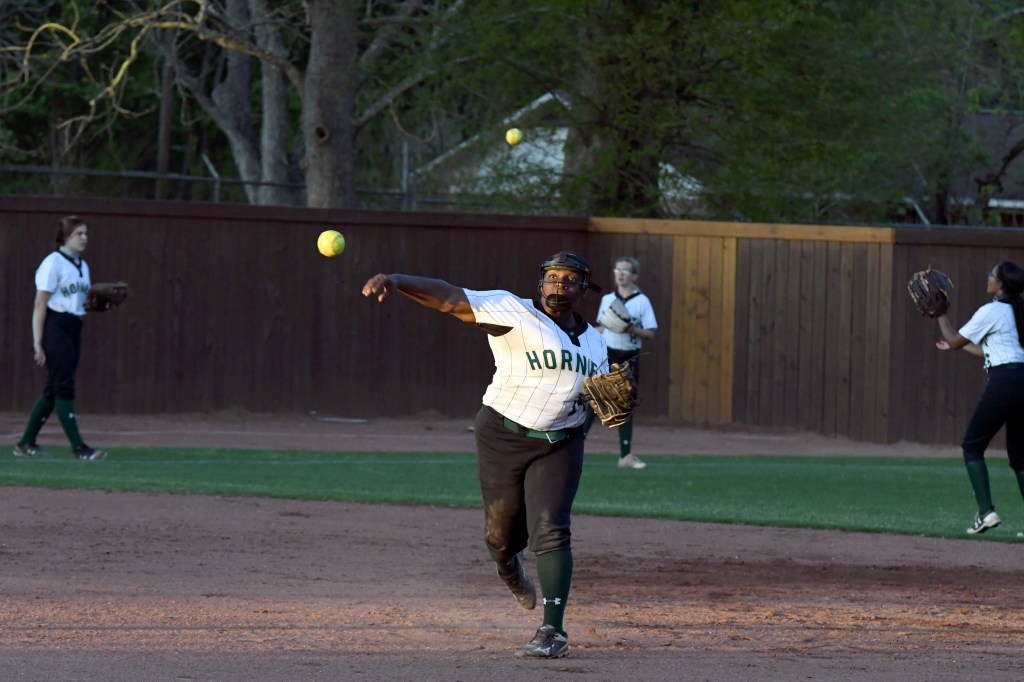 Strong Arm: Denasia Fulton fires a ball to first base while warming up in between innings. Photo by Jonathan Mitchell.

The Poplarville Lady Hornets and Purvis Lady Tornados went toe to toe Monday evening with Poplarville able to pull out the 8-7 win.

Madison Rester’s walk off bunt scored the winning run for the Lady Hornets in a game Poplarville trailed multiple times. Lily Tynes pitched a complete game while Daphne Rohrbacker had a double and two RBIs to lead Poplarville offensively.

The Lady Hornets were 0-2 in district play leading into the game, so getting a victory puts Poplarville back in the middle of the pack.

It wasn’t a perfect game by the Lady Hornets, but the team was able to fight through some errors to earn the hard fought victory.

“I’m so proud of them. Everybody down the lineup had a part in that, the dugout had a part in that. We played great defense, made a couple mistakes, but we held it down after that. They just answered back. Two different times we were down three runs and we came back each time, where as in past games when we got down like that you could count us out. They’re feeling good right now,” Head Coach Janessa Deckwa said.

Next up on the schedule is another important district matchup against Sumrall on April 6.