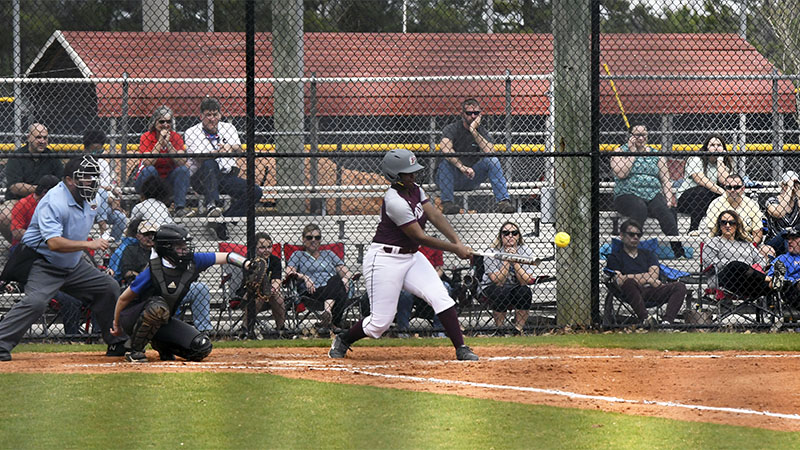 The Lady Maroon Tide didn’t record a hit against St. Martin, but Kylie Burnette played well, pitching all seven innings while striking out four and giving up seven hits.

Picayune didn’t come away with the win, but the team’s ability to hold its own against such talented opposition bodes well when the Lady Maroon Tide start district play again.

Dickens’ philosophy is that putting her team against bigger programs can only benefit her players.

The athletes grow accustomed to the elevated level of competition and learn how to perform against top tier teams.

Those lessons and skills then carry over when Picayune takes on teams that are of similar size.

“Playing teams like that and being able to compete helps the younger kids. I sometimes think, ‘Maybe we should play teams we can beat.’ But that’s not really making us any better. You have to play teams better than you,” Dickens said.

The games also serve as learning opportunities for some of the younger Lady Maroon Tide players.

Dickens has several underclassmen that have played a significant amount of innings this year.

Having those athletes see how opponents approach the game is a benefit within itself, whether or not Picayune wins the game.

“Everything they do, they do with so much passion and I think playing teams like that, catching on to those little things, I think that’s what makes us better,” Dickens said.

However, the Lady Maroon Tide has getting runners home, which will be a point of emphasis in practice.

“We have to put some more runs across the board. We’re going to have to start hitting the ball better. I know we’ve been playing these 6A schools… going against everybody’s aces, but we still have to do a better job of putting runs across. We get runners on and can’t do anything with them,” Dickens said.

The key, according to Dickens, is her players’ pitch selection and understanding that strategy.

If a Lady Maroon Tide player is up to bat and has a count with three balls, they’re likely going to see a different type of pitch than if they were down 0-2.

“I feel like we let a lot of strikes go, then swing at stuff over our heads or stuff in the dirt. I think we need to be a little more focused. It’s important to know those things,” Dickens said.