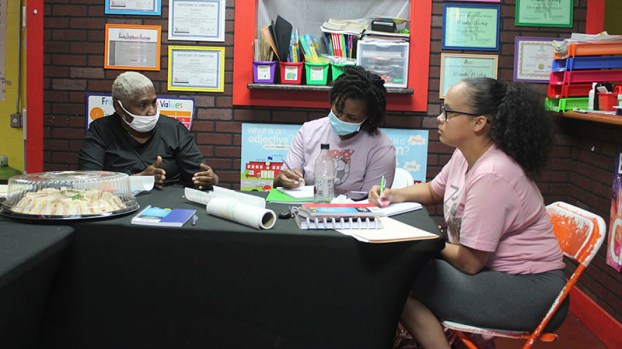 It takes a village to raise a child—that’s the philosophy behind a new nonprofit in Picayune, called the Village Strong Community Outreach Program.

Members of the new nonprofit are working to give children more activities and opportunities, teach them life skills and to lead youth down the right path. Organizers want to offer children and parents community support. The recent incident where three Picayune boys were injured when a 13-year-old boy shot at them motivated the organizers to come together.

“We as adults, as parents have to do something about it,” said the group’s President Wanda Worley.

Organizers gathered Saturday to plan the nonprofit’s first steps. The first event will be a community prayer vigil at Leola Jordan Park at 2 p.m. on March 14. Attendees will be able to learn more about upcoming activities and how to volunteer with the nonprofit.

The nonprofit plans to offer more activities and events for young people going forward, including events specifically for young men.

“We want them to know that we’re here for them. That’s something I didn’t have growing up,” said Worley.

Worley personally faced hardships during her childhood including sexual abuse and being homeless.

“We want to end the violence and bring more positivity back into our community. We don’t want our kids to ‘be an example’ but instead ‘be THE example.’ This group is to empower one another and to give our kids a place to be free.”

Through the efforts of the Roseland Park Elementary Parent Teacher Organization and through some community donations, the children at Roseland... read more