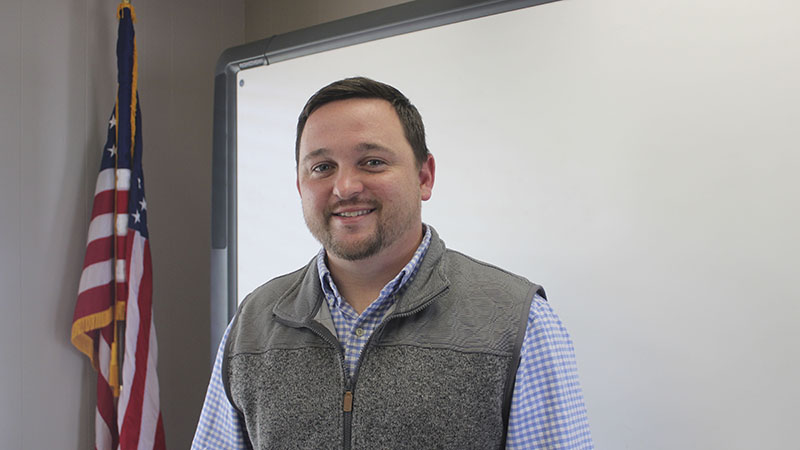 Pearl River County’s Economic Development Director Blaine LaFontaine will be leaving his position and taking on a new role at the Hancock County Port and Harbor Commission.

LaFontaine will be the new COO/port director for the Hancock County Port and Harbor Commission.

LaFontaine has served as Economic Development Director for Pearl River County and its municipalities for a little more than a year.

“When I took that position 15 months ago, I don’t think a single person anticipated that we would go through this volatile year, full of shut downs and stimulus packages. That fundamentally changed a lot of things, from targeted industries to rural broadband conversation and remote working,” LaFontaine said.

Over the past year, the economic district has worked toward long term and short term economic development. LaFontaine points to the development district’s online rebranding with a new website and updated social media, the support for the Chamber of Commerce’s leadership program relaunch, the adoption of the county’s first 10 year economic development plan. The Economic Development District has supported existing industry, specifically Power Dynamics Innovations and Heritage Plastics, and brought in new industry, Leisure Pools, which has qualified for tax incentives and will soon begin renovating a site in Picayune’s Industrial Park, LaFontaine said.

The county also worked with the city of Picayune to revise its historic downtown tax abatement program and create a clear industrial tax abatement policy that aligns with similar regional criteria.

“We’ve made some strides along the way despite so much uncertainty around us,” he said.

LaFontaine sees plenty of opportunity for future economic development in Pearl River County, based on its geographic location and resources. He especially thinks an industrial park along I-59 could benefit the county economically. However, he also sees potential roadblocks, like a lack of recurring revenue for the development of a publicly owned site in the county.

Much of the conversation concerning economic development funding locally is focused on BP funds, he said.

“I would like us to entertain the idea of increasing millage or some form of a bond for site development or the idea of looking at some sort of use tax…some form of revenue that will help us make investments to capture industry and grow jobs sooner rather than later. Right now it doesn’t seem like there’s a clear path on how we’re going to make those types of investments,” said LaFontaine.

“With a new administration and uncertainty surrounding it, I think their partnership is important to the development of this county, knowing that there is not a long term commitment depending on the new administration, I think that could hinder the progress that has been made. For me personally, when you’re looking at that, you have to ask yourself, is there value for Picayune to go in one direction and the county to go in another? And I believe the answer to that is no.”

LaFontaine said he is grateful for his team and the leadership offered by the Supervisors. The Supervisors also seem sad to see him go.

“I’m excited for Blaine and I hate that he’s leaving. We were working a long time before we finally got somebody that was qualified,” said Board President Sandy Kane Smith.

LaFontaine has committed to making sure the projects he started have the follow through they need, said Smith. The Board will discuss how to fill Blaine’s position during Wednesday’s Board meeting.

“The economic development district, we’ve got a board set up, five good people,” said District III Supervisor Hudson Holliday. “Blaine is the director that was hired by that board. He is leaving but our economic development operation is going to continue and be supported by the supervisors and by me. This county is fixing to grow, and we have to have somebody at the helm that is willing to market the county and take advantage of the opportunities.”

Board Vice-President Malcolm Perry said the economic development board will play a large role in determining how to replace LaFontaine.

LaFontaine is hopeful he’ll be able to still offer help and advocate for Pearl River County in his new role.

“It will allow me to serve as a regional resource, short term and long term. Hancock and Pearl River County have more in common than we are different, when it comes to industry—Stennis, rail, air….I think there’s a lot of opportunity for us to work together,” said LaFontaine.