Trash haulers will be under close supervision after replacing permits 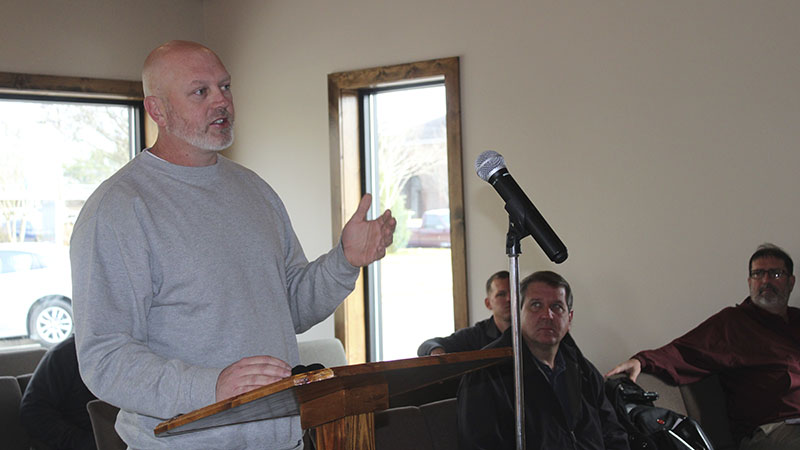 Smelly Kelly's owner Kelly Burks said he came to the Pearl River County Board of Supervisors meeting Monday to show the Board that he wanted to work with them.

One local trash hauler will be allowed to continue operations under “close supervision,” despite video of a tarp violation being recorded just a few days after replacing a pulled permit.

Three local trash haulers had their permits pulled in mid January by the Pearl River County Board of Supervisors because they had multiple violations. After three convictions for traffic tickets in a two year period, the Board can pull a hauler’s permit.

At the previous Board of Supervisors meeting, litter control officer Jason Lee told the Board he believed that under the current county ordinance a waste hauler could immediately get a new permit under a different company name after having their permit pulled; a loophole he believed the Board should address.

During the regular Board meeting held Monday, Board attorney Joe Montgomery said the ordinance as it currently stands states anyone who has their permit pulled for violations should not be able to get a new permit for a year, even under a different company name.

During Monday’s meeting, the Board entered executive session to discuss potential litigation related to the trash hauling ordinance. After the executive session, the Board determined the companies will be placed on a 30-day period of close supervision and if they cannot follow the county ordinance they will face having their new permits revoked again. Citations against Burks’ individual drivers will be considered as against his company overall since he is subcontracting the drivers, said District IV Supervisor Jason Spence.

The Board took into consideration that the haulers likely have prepaid customers whose garbage pickup the Board members do not want to interrupt, said Board President Sandy Kane Smith.

“We’re not against small business. Our goal is to clean garbage up in the county,” said District II Supervisor Malcolm Perry.

Burks was present at the Board meeting and told the Board he believes the convictions his company received were for small issues like not having brake lights or a driver being unable to afford insurance.

Perry said he was shown a video of Burks driving down Highway 11 on Saturday with trash bags in his truck and no tarp. Perry questioned why Burks would violate the tarp statute so soon after having his trash hauling permit pulled.

Burks said it was only four or five trash bags and that it was trash he’d just picked up from the side of the highway in an effort to keep the county clean.