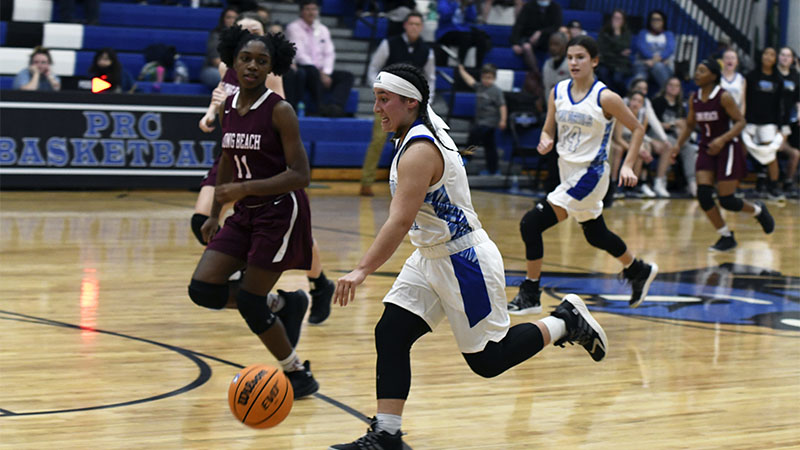 Easy Lay Up: Nia English dribbles into the paint after stealing the ball. Photo by Jonathan Mitchell.

Pearl River Central’s Lady Blue Devils defeated the Long Beach Lady Bearcats in the first round of the district tournament 35-32.

The back and forth game was highly contested as the two evenly matched teams battled.

However, it was PRC who came out on top thanks in part to some clutch shots late in the game.

A win is a win. Head Coach Cliff Bauer said even with the performance being far from perfect he’ll happily take the result.

Jada Lindsey was a force to be reckoned with all night for the Lady Blue Devils.

The senior finished with 11 points, including a key three point shot that was just her second three pointer made this season.

“She’s one of our two seniors and I told her, ‘I need you to rebound and step up.’ She hit another gear (against Long Beach). I was very pleased with her. She kept us in the game on rebounds alone,” Bauer said.

The Lady Blue Devils’ victory over Long Beach means the team will play in the championship game Friday at 5 p.m. against Hattiesburg.