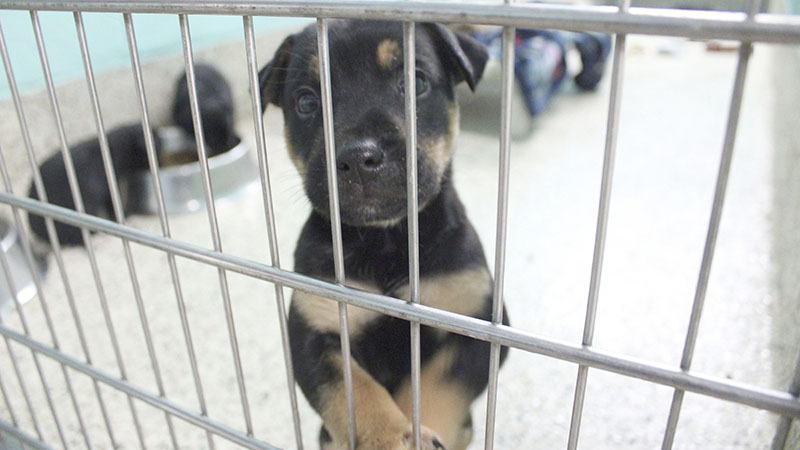 homeward bound: Animals adopted out of the PRC SPCA are microchipped in case they become separated from their owners. Staff at the shelter will hold clinics, starting Sunday, to help pet owners get their pets chipped for a nominal fee. Cathy Cook | Picayune Item

The Pearl River County SPCA is offering low cost microchips during four pop up events throughout February as part of an effort to improve their return to owner rate. The first event is this Sunday, Feb. 7.

During each event, Pearl River County pet owners can get their cats or dogs microchipped for $15. Each of the events is scheduled for a weekend throughout February. The shelter will also register the microchip.

Microchips are a way for pets to be identified even if the animal has lost its collar. Both veterinary offices and animal shelters will scan stray animals for microchips.

The events are one of the shelter’s efforts to improve its rate of returning animals to their owners, said Shelter Manager Elizabeth Treadaway. In 2020, 10 percent of the strays taken in by the Pearl River County Shelter were returned to owners. The return to owner rate for cats is significantly lower, with less than one percent being returned to an owner, compared to 15 percent for dogs.

Maddie’s Fund is issuing a challenge to animal shelters nationwide to improve their rate of returning animals to owners in the month of March. The fund will award $150,000 in various grants to shelters that demonstrate significant improvements in their return to owner rate.

To improve its return rate, the shelter will also be updating its stray process. The PRC SPCA typically posts photos of stray animals on its own Facebook page, but will begin posting directly to the many local community lost pet Facebook pages as well.

Since the shelter takes in 3,500 dogs and cats per year, it only holds a stray for three days to find its potential owners. After that period, the shelter takes ownership of the animal and attempts to get it adopted out to a new home.

“If these pets already have loving homes, we want to get them back as quickly as we can,” said Treadaway.