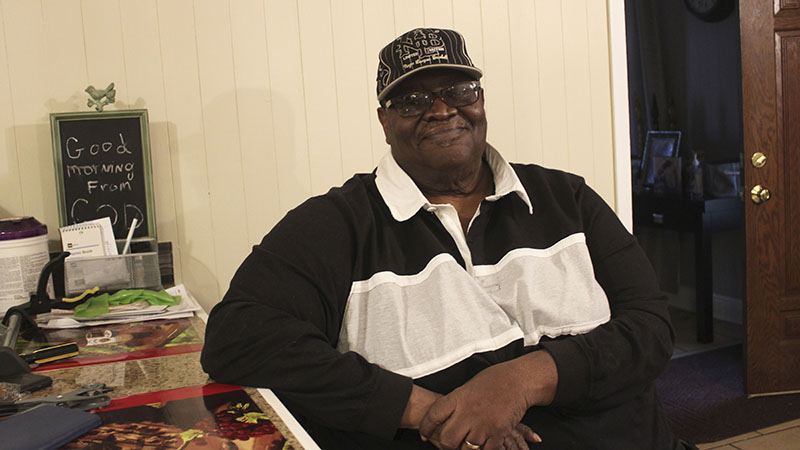 In 1985, three days before the qualifying deadline, Anthony Hales convinced himself he should not run for Poplarville’s Board of Aldermen.

At the time, Hales worked for a phone company in Hattiesburg, he was newly married and had small children. On his daily commute, he’d been considering running for Alderman. No African American had ever been elected to the Board prior.

But the day Hales decided not to run, a neighbor was waiting for him when he arrived home, and told Hales, “We think it’s time for somebody Black to be on that Board of Aldermen, and we want it to be you.”

Hales ran, and won. He went on to serve 30 years in public office, first for three terms as the first African American on the Poplarville Board of Aldermen from 1985 to 1995.

Growing up during the Civil Rights Movement, Hales felt called to serve his community from an early age. At 12-years-old, the murder of Dr. Martin Luther King Jr. shook Hales’ faith in God.

“I was always taught that if you’re good and you do right, good things are going to happen, but I couldn’t see them coming for my people. So I asked, what is this all about? What are we going to do? What hope that I thought you had placed here for us and you let this happen?”

“It was like he spoke to me, my spirit and said when you become a man, I’ll put you somewhere where you can help your people.”

Hales was born and raised in Poplarville. He attended segregated schools there until schools integrated for his freshman year of high school in 1970.

“Because of the history of Poplarville people anticipated a lot of trouble,” Hales said.

Until being exposed to the school materials white students were using, Hales didn’t realize just how unequal his education had been. The textbooks they used in the Black schools were outdated hand-me-downs from white students when their schools got new books.

Hales said students were lucky when the high school integrated to have teachers who were fresh out of college and more open minded. But the experience still came with challenges.

When Hales was 13, an administrator mistakenly thought he was flirting with a white student.

“That man grabbed me, slammed me up against the wall of that hallway out of sight of everybody, scared Maxine. She took off running. His face was beet red. He was breathing hard. He said ‘I’ll kill you,’” said Hales.

Hales never told his mother about the incident.

“Those are things you don’t forget and I carried that.”

When Hales was growing up, it was dangerous for Black boys and men to be confrontational with anyone, especially white women.

“People would always refer to what happened with Mack Charles Parker. The elders in our community used that as the way of making sure that we got the point, that you don’t have the freedoms to do or say anything that you want to. You have to be careful if you want to live, if you want to survive, if your parents are going to be able to work and have a living.”

Mack Charles Parker was a Black man who was lynched in Poplarville in 1959, after being accused of raping a white woman. Parker was kidnapped from his jail cell and murdered.

Although Hales was raised to be non-confrontational, he still found his voice, acting as an outspoken representative for minorities during his time in public office.

“Since there had been no voice on these boards, nobody speaking, I think people felt like people were satisfied with the status quo when they really weren’t. There were some things people would say to me that they weren’t going to say to somebody white, and it was my job to take those concerns out there.”

Hales brought up issues like relations with law enforcement and upkeep of streets in African American neighborhoods. In his time in office, Hales was able to appoint more minorities to positions of power within local government.

Hales is proud of the things the boards were able to accomplish and proud of how the members worked together. Although, when President Barack Obama was elected, local politics became more partisan.

“You could go in there one day and take a vote and think you got something passed, and come back in the next day and they wanted to revisit the issue and change their mind because somebody got to them,” said Hales.

Suddenly, more members of the public were coming to the Board of Supervisors meetings, often with concerns about national politics.

“It has just been so split ever since then and a lot of people won’t admit it, they will deny it to this day, that his race had nothing to do with their decision. It had everything to do with some of them,” said Hales.

Hales said he tried his best in office to be equitable to everyone and to focus on the issue before him, not on the next election.

“The thing that you want to do is you want to be able to go home and sleep at night. My prayer always was, God please don’t let me do anything that’s going to be harmful to your people.”