Two fire engines in Poplarville in need of repair 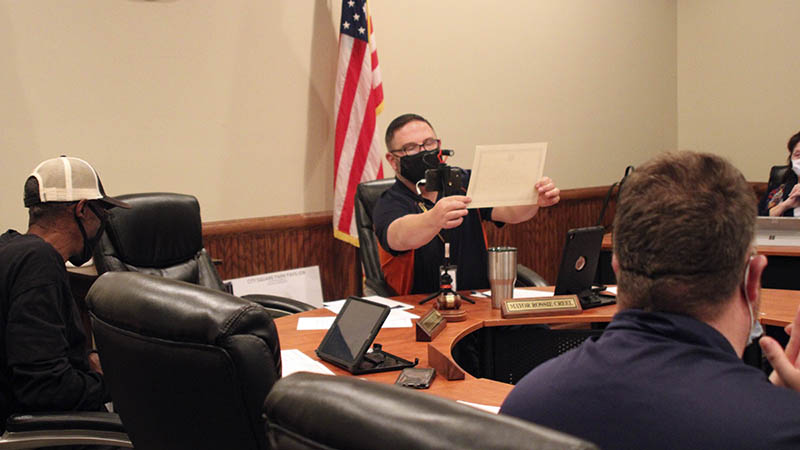 As of Tuesday, two of Poplarville Fire Department’s three fire trucks were in need of repairs.

Poplarville Fire Chief Jason Bannister informed the Poplarville Board of Aldermen that the department’s ladder truck had a major mechanical failure. He expects the repair to be costly. The city will be without a ladder truck until it is repaired. One of the other fire engines has a major oil leak, which Bannister thinks will be inexpensive to fix.

The Poplarville Fire Department was also down to one functioning light in the facility’s bay, but soon all of the bay lights will be replaced.

The Poplarville Board of Aldermen approved removing and replacing the six bay lights with LED bay lights during their regular Board meeting Tuesday for a cost of $1,800. The cost to replace and install all new lights is less than repairing one of the old lights, said Poplarville Fire Chief Jason Bannister.

Mayor Rossie Creel also acknowledged the work of firefighter Hunter Averett, who responded to a fire at Creel’s sister’s home. Creel said he was the only firefighter initially on the scene and did an phenomenal job protecting both lives and property.

In a separate matter, the Board approved extending paid leave for employees who have to stay home from work due to COVID-19 until March 31. The employees will not get more than the 10 days already available, but not every employee has had to use those days yet. Mayor Rossie Creel, said the paid leave would be at the city’s expense instead of receiving federal reimbursement.

—Approved adjusting one water meter account by $159.64 due to meter reading problems. The account adjustment was needed for the same issues that more than 20 other accounts have already been adjusted.