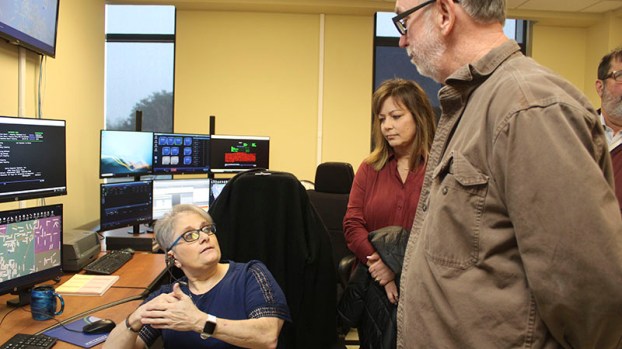 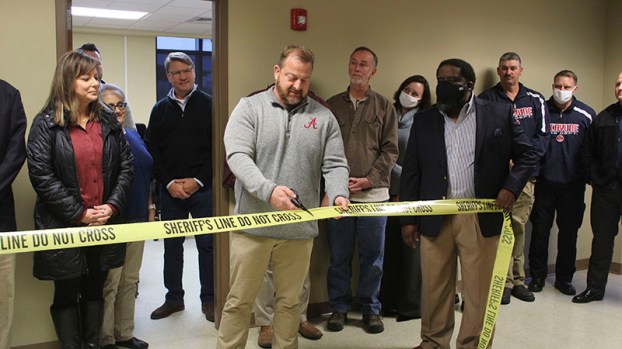 The new centralized E911 dispatch for Pearl River County, Picayune and Poplarville has had a few small issues to work out since operations started Thursday, but emergency response time has already become quicker.

A ribbon cutting for the dispatch was held Tuesday morning, attended by officials from Pearl River County and the city of Picayune.

Officials with the Pearl River County Sheriff’s Department, the Picayune Police Department and the Picayune Fire Department all agreed that while there have been a few hiccups, the centralized dispatch has made it easier to communicate with other agencies and cut emergency response time.

“We’re looking forward to it, just for all the law enforcement agencies in the county being in one room. It’ll really expedite a lot of things,” said Maj. Joe Quave with the Pearl River County Sheriff’s Department.

“So if we had a medical call, 87-year-old female, unresponsive, not breathing, we had to transfer it to Picayune,” said Dispatch Supervisor Heidi Spear. “They would answer the call and transfer to the ambulance service, so it took up precious time for that person.”

Along with bringing all of the dispatchers into one room, the centralized dispatch is also equipped with newer technology.

“The ability to keep track of officers, to know where they are at all times, is huge for officer safety,” said Picayune’s Assistant Police Chief Dustin Moeller.

With the centralized dispatch up and running, the Picayune Fire Department is getting more information about what is going on from a call before firefighters arrive on a scene, said the department’s Deputy Chief Ronnie Reynolds.

The consolidation required interlocal agreements between Pearl River County and the cities of Picayune and Poplarville.

“It took a while in the making, but it’s here, probably the best thing we’ve done in a long time for the taxpayers,” said District V Supervisor Sandy Kane Smith. Smith said he and District III Supervisor Hudson Holliday have been working on the consolidation since they were elected.

The city of Picayune and the county government also entered an interlocal agreement last year to begin housing Picayune inmates at the county jail.

“Moving the inmates out of the jail here and utilizing the county’s state of the art jail saved the taxpayers a lot of money in that we didn’t have to build a new jail that met those requirements,” said Picayune City Council member Wayne Gouget.

Holliday said the centralized dispatch serves as an example of what local governmental bodies can do when they work together.

“We’re in the process of trying to work out a deal where the Picayune City Court can use this building (Chimney Square). That would relieve them of having to build a justice court center and would save the taxpayers $2 million, just by them utilizing this building,” said Holliday.