PRC band hoping concert season is similar to past years 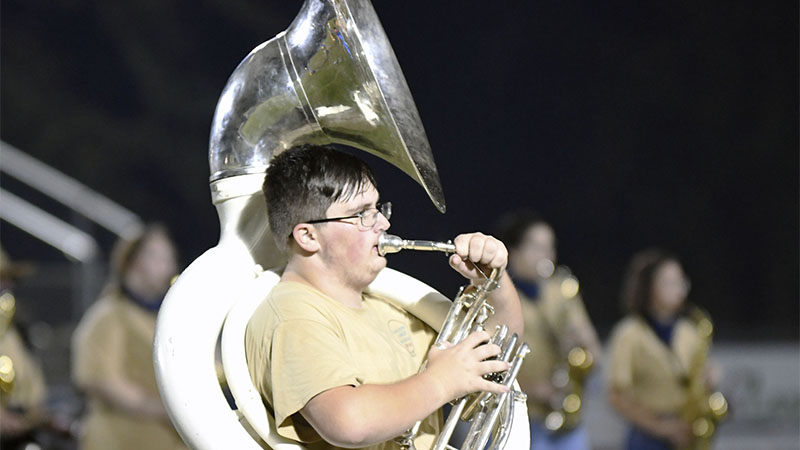 Changing Environments: Marching season led to the PRC band spending a lot of time outside, but with concert season the rehearsals and performances are indoors, which may be complicated by the ongoing pandemic. Photo by Jonathan Mitchell.

The marching season for the Pearl River Central High School band was anything but familiar this year as the musicians adapted to a litany of COVID-19 protocols, but there’s hope the spring will yield a better sense of normalcy.

There weren’t any competitions or Christmas performances this year for the band, but concert season may offer more opportunities for the musicians to put on shows.

However, before there’s any chance for performances the musicians will turn their focus to fundamentals.

Concert shows leave little room for error seeing as they take place in an enclosed space with the audience squarely in front of the performers.

Musicians will have to spend hours getting back to basics and brushing up on the finer details of their instruments, and Band Director Kelcey Becnel said her musicians’ willingness to put in that necessary work shows their character.

“I’ll still be sharing kids with other organizations so those kids may not even have four days of rehearsal and on top of that they’re overwhelmed with homework and things at home. The fact that they’re willing to put as much effort as they are into this is a really big deal. It shows how resilient the kids are and how much program means to them as a whole,” Becnel said.

The musicians are now used to the restrictions that came with a pandemic, so the second semester will include less of a learning curve.

“I just think understanding the protocols and what’s expected of students as far as safety and social distancing, I think that’ll be a lot easier. Last semester it was new and not a habit, but now it’s a habit,” Becnel said.

The only change that might make things slightly more difficult is that all performances and rehearsals will be taking place indoors this semester. Marching season rehearsals typically bring the band outdoors.

Either way, Becnel said she’s hoping the spring semester and concert season provides the seniors with a positive send off.

“I just hope for the kids, especially the seniors, that we have a concert season that is as close to normal as we can get because the fall was so strange. Seeing each other every day will help with that, but I’m hoping those seniors don’t miss out on their final concert band experience in a high school group,” Becnel said