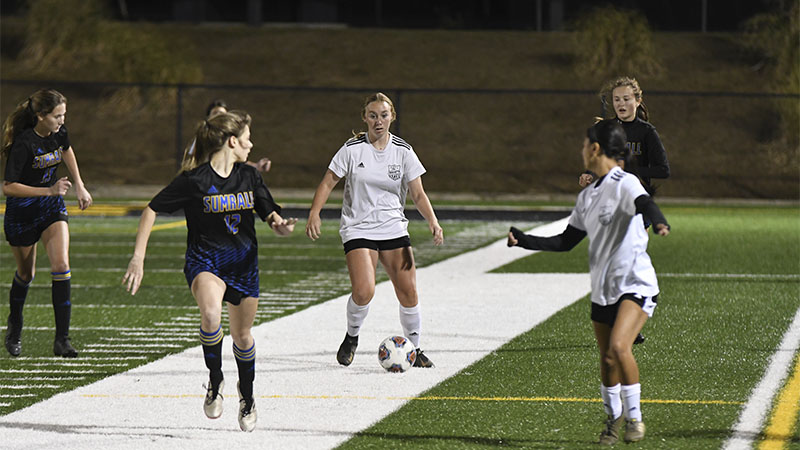 The Poplarville Lady Hornets and Sumrall Lady Bobcats met in a first round playoff match tonight that Sumrall won 5-1.

A three goal first half from Sumrall was too much to overcome for the Lady Hornets as Evelyn Kimball scored the lone goal for Poplarville.

Poplarville as a team had several seniors on the squad, and the first round loss will be the last time those veteran players get to represent Poplarville on the pitch.

Head Coach Beth McShea said her seniors did a great job this year of leading by example.

No season goes perfectly, and there were plenty of injuries the Lady Hornets had to deal with.

However, even with all the obstacles in Poplarville’s way, including several players missing games due to COVID-19 quarantine protocols, the team battled and made it to the playoffs.

“We’ve been to the playoffs more during (these seniors’) tenure than we had ever before in school history. That’s huge and their leadership has been huge and that’s why it’s super emotional for them. They’re close with these girls,” McShea said.

The first round loss knocks Poplarville out of the playoffs and the Lady Hornets will now have some time off before getting into offseason workouts.