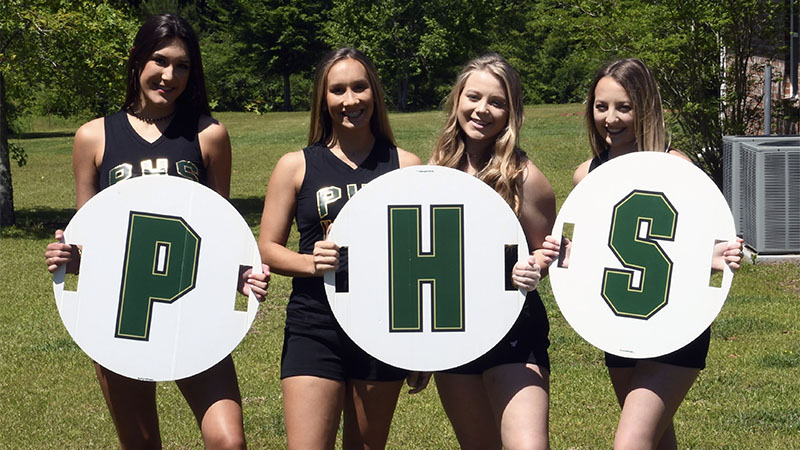 Keep Moving: The season may be over for the Poplarville cheerleaders, but that doesn't mean things are slowing down with tryouts for next year's squad just a few months away. File photo by Jonathan Mitchell.

The Poplarville cheer squad took part in a state competition Dec. 12 and while the team didn’t place, the cheerleaders were happy with the way they finished the season.

In a normal year the squad would begin learning the year’s competition routine during summer practices, but in 2020 that changed due to COVID-19.

The team was severely delayed in its preparation because of the pandemic, and some members of the squad couldn’t even attend practices because of injuries or scheduling conflicts.

Just two days before the competition there were still aspects of the routine being learned by two cheerleaders who were finally able to link up with the rest of the group.

It was a chaotic end to the season, but the squad did what it set out to do.

“We did what we could and went on the floor and competed. Our goal was to hit a clean routine and not drop any stunts. They did that and received zero deductions, which meant they didn’t make any mistakes at all,” said Cheer Coach Rebecca Mayfield.

Not only are the athletes responsible for learning their competitive routines, but they also support the football team all season, which this year included another trip to the 4A state championship game.

“That meant the world to those girls,” Mayfield said.

The team won’t be competing in nationals and several of the cheerleaders take part in other sports during the spring semester, so the squad’s year is done aside from a banquet in the coming months.

However, within just a few months the squad will get back on the floor for tryouts.

Mayfield said tryouts are likely to take place in late February or early March, and from that point on the focus will be on learning a new competition routine.

It’ll be nice to start looking towards the future, but Mayfield said the trials and tribulations of this year won’t be forgotten seeing as her squad had to overcome so much adversity.

“This year has been, with COVID aside and everything else aside, I feel like the girls this year have been one of the best cheer years I’ve had because they were determined to make their goal and were successful at that. They did what they set out to do, were successful and I couldn’t be more proud of them,” Mayfield said.