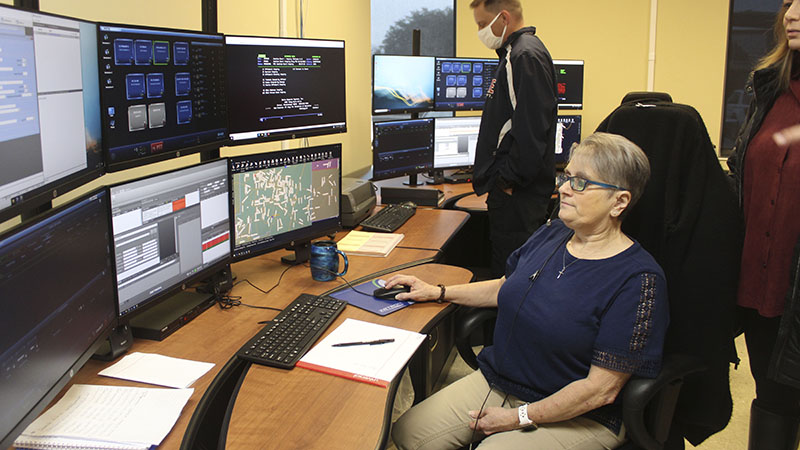 Some volunteer fire departments and Poplarville’s emergency responders have been having issues communicating with dispatch after the move was made to consolidate those services into one office in Picayune. File photo

The Poplarville Police Department has always dealt with ‘dead zones’ in its radio communication area, but is having new issues communicating with dispatch via radio since the implementation of a central dispatch system.

While the officers are having no issue reaching dispatch by phone, sometimes an officer has to try to contact dispatch four or five times when using a radio before getting an answer, said Poplarville Police Chief Danny Collier.

The department has had dead zones with its radios for years, or areas where officers could not use their portable radios to communicate while in specific locations of the city. But since the county’s dispatch center moved to Picayune as part of the establishment of a county-wide dispatch center, those issues have become more widespread, said Collier.

“Now it’s not one specific area, it’s sporadic, even here in the station,” he said.

“We haven’t had any hiccups because of it yet, it’s just scary knowing that we might be inside of a structure fire and calling for help and nobody answer,” said Bannister.

As recently as Thursday, a firefighter called multiple times and no one answered, said Bannister. Although the Poplarville Fire Department had small communication issues prior to the consolidation, the problems have never been “on this level, where it’s almost every day.”

Bannister is hoping to schedule a meeting with someone overseeing the dispatch center to figure out the cause of the problems.

CommSouth personnel are already working with the police department to figure out what is causing the issue. They are testing to see if the problems are being caused by the department’s portables being too low wattage to reach the radio tower or due to an issue with the radio towers communicating with each other, said Collier.

County IT Director Carey Meitzler said he thinks the communication issues are being caused by radio equipment or the radio towers, not by any of the new technology being used by the centralized dispatch. Departments are responsible for purchasing their own equipment such as radios, but that equipment connects to the Mississippi Wireless Information Network (MSWIN) system that was federally funded after Hurricane Katrina and run by the Wireless Communication Commission. The state oversees the radio towers, not the county, Meitzler said.

Previously, the Sheriff’s Department dispatched for the Poplarville Police Department out of an office in Millard. With the consolidation of dispatch services for all emergency responders in the county into one office, that center was moved to Picayune.

The radio towers are part of a system that was top of the line when it was purchased and has caused very few problems, said Emergency Management Director Danny Manley.

Although the radio system provides 97 percent coverage for the county, there have historically been some reception problems at the county jail in Millard, because it is located far away from all four radio towers in the area, Manley said.

Moving a radio tower or adding a radio tower is extremely expensive, and although Manley has lobbied the WCC to add another tower at the jail and looked for federal funding to build one, those efforts have so far been unsuccessful.