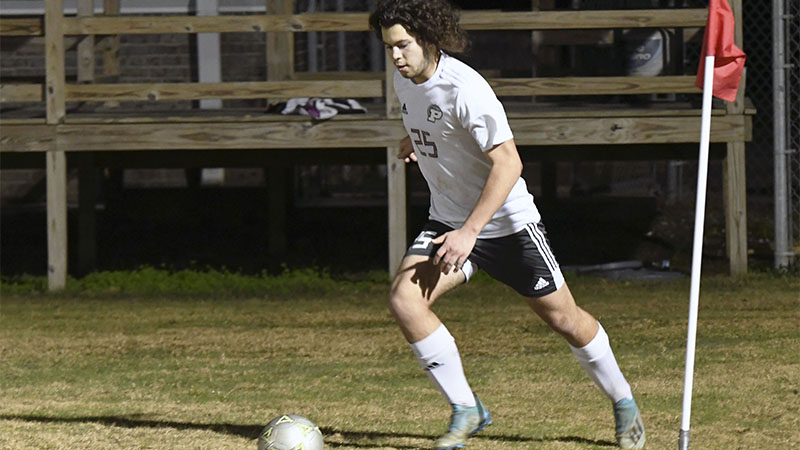 Britton Fortenberry, head coach of the boys team, said the job of beating a talented Long Beach squad was made even more difficult because of the injuries plaguing his team.

The team’s formation and personnel had to be adjusted due to the missing players.

It wasn’t the result the Maroon Tide was looking for, but after winning its first two district games Picayune still holds a solid position within the district.

“Being up 2-0 in district, we knew dropping that one game in the grand scheme of things hurts and it sucks, but we still have a pretty good chance of getting into the playoffs,” Fortenberry said.

The injuries have hit hardest along the backline with several of the team’s most experienced athletes sidelined.

Picayune plays a style of soccer that requires defenders to be confident and controlled on the ball, which allows the team to maintain possession and build attacks from the back.

Losing experience in those positions makes that style of play difficult.

“We’re having to move people around and there are a couple kids who may not necessarily play in the back (normally) that are back there doing the best they can. It’s challenging, but the kids are coming out and playing their butts off and that’s all I can ask,” Fortenberry said.

All of this added pressure is coming off of a two-week layoff when the team didn’t get to have its normal number of training sessions, and didn’t compete in any games either.

The Christmas break is an obstacle teams have to deal with every year, and Fortenberry’s squad is no exception.

Players weren’t able to work out to their normal extent, and the athletes weren’t put into matches that had playoff positioning on the line. Fortenberry said his athletes are still working on getting back to pre-holiday fitness levels, while also dealing with the increased pressure of late season district games.

“We’re not in terrible shape, but we’re working back into game shape. You can see on the technical side there’s a little bit of rust because it’s hard to duplicate game speed in practice. We’re getting acclimated and coming along, but that two week break is tough to come off,” Fortenberry said.

Now the Maroon Tide is preparing for a district showdown Jan. 15 against PRC. The season is winding down so every district match has playoff implications at this point in the schedule. Picayune knows what’s on the line, now it’s time to go out and execute.

“I’m really preaching to my kids that they have to show up and take care of business this week. We’ll see where we’re at injury wise, then make a game plan with the personnel available,” Fortenberry said.

The game against PRC is set to start at 7:30 p.m. on Picayune’s home turf.