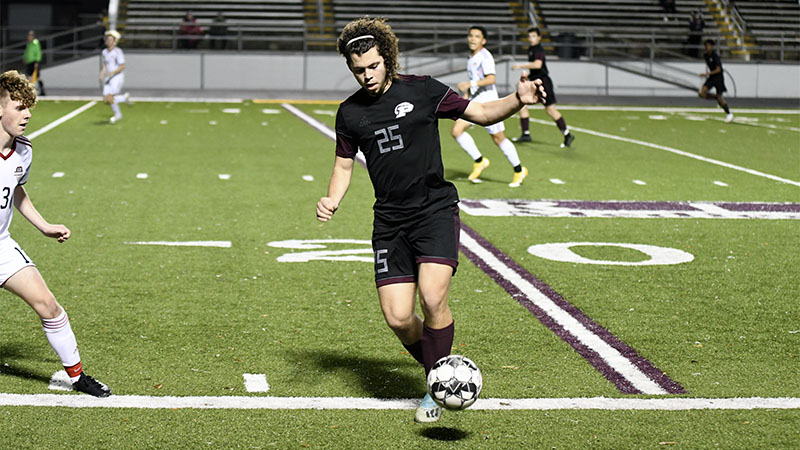 In what was a physical, emotional playoff game the Picayune Maroon Tide fell to the South Jones Braves 2-0.

The two teams battled in the first half and were tied until there was just over 10 minutes left in the half when South Jones took advantage of a free kick.

A curling shot from outside the box found its way in, and South Jones led 1-0.

That lead carried over into the second half, and just four minutes after play had resumed South Jones again scored to put the game at 2-0.

Picayune had multiple scoring opportunities but couldn’t capitalize, and with the victory the Braves will now move into the next round of the playoffs.

The Maroon Tide’s season was full of adversity dealing with both a long list of injuries and losing players to COVID-19 quarantine protocols.

However, Head Coach Britton Fortenberry said he was pleased with how his players were able to overcome all of those challenges and make it to the second round of the playoffs.

The loss sends the Maroon Tide into the offseason where they’ll begin preparations for next year after the players have some time off to rest and recuperate.

Picayune baseball staying ahead of the curve