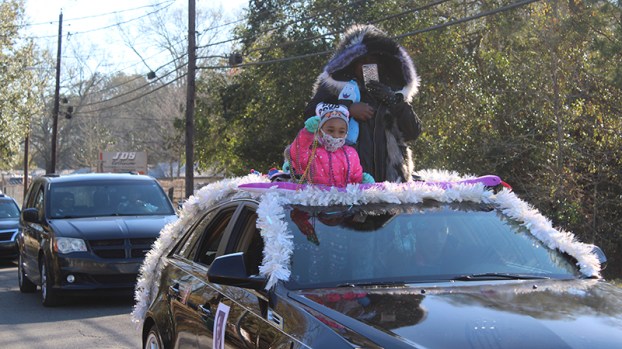 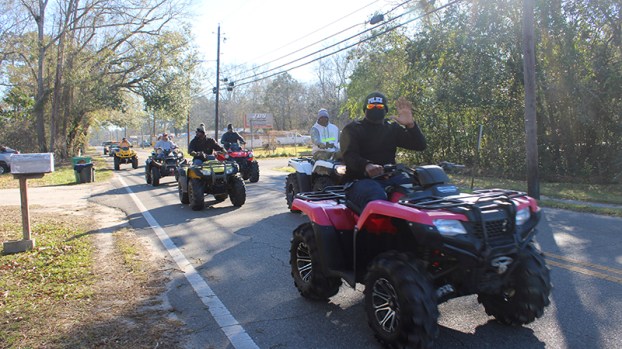 Four wheelers participated in the MLK Day parade through Picayune. 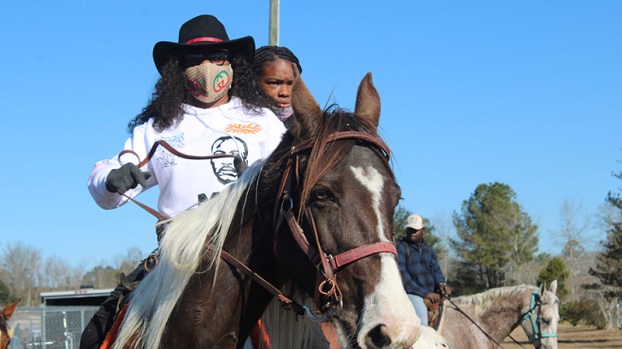 Horse riders were at Snyder Park as part of the MLK Day celebration. 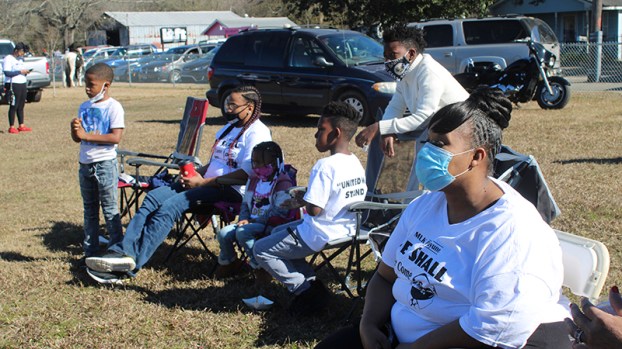 While some watched from their cars, other attendees sat in lawn chairs to listen to speeches and music during the MLK Day celebration at Snyder Park. 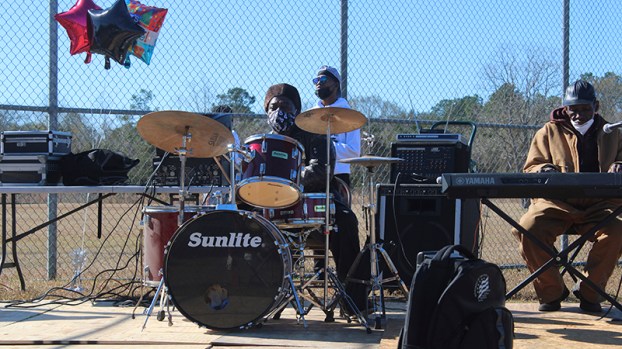 Musicians were kept socially distanced from the audience inside the fence for the baseball field. 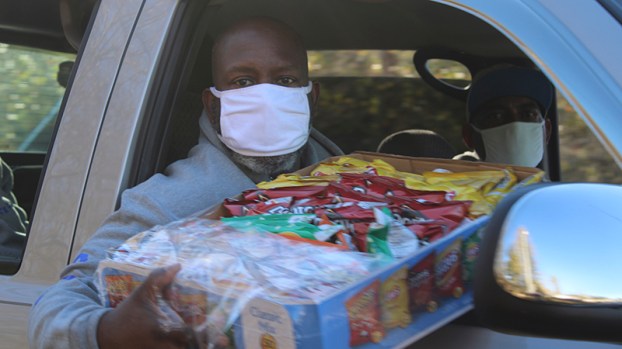 A member of the All Occasion Truck Club offers chips to people along the MLK parade route. 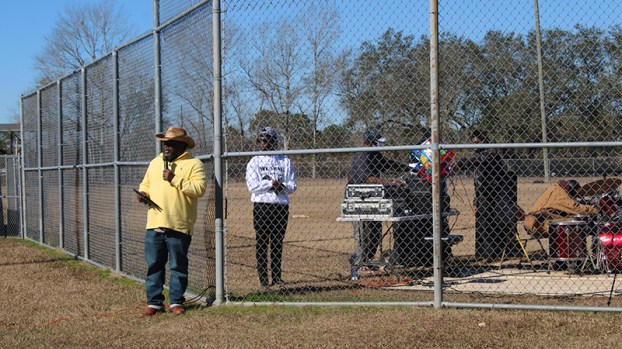 Donald Hart speaks to the audience during the MLK Day celebration at Snyder Park.

The message and memory of Dr. Martin Luther King Jr. was celebrated in Picayune on Monday with a car parade and a gathering at Snyder Park.

To prevent the spread of COVID-19, participants paraded in cars instead of marching down Rosa Street, but the event still included live music, prayer and speeches.

“We have to be more diligent than ever to make sure that we fight for freedom, equality and justice,” Rev. Donald Hart said as he spoke to the crowd of people gathered at the park. Some listened while sitting in lawn chairs, while others were in their cars.

Rev. Jimmy Richardson, Pearl River County NAACP president, told the Item he was glad to see people of all nationalities participate in the parade.

“That tells us that locally we still stand as unified together. As a nation we’ve seen some dark days these past two weeks, so we’re just happy to be here today.”

When Richardson spoke to the audience he pointed out the words on his face mask: “my vote matters.”

“I am reminded of Dr. King, how he fought, how our forefathers before us died, how they had to then endure different things in order to enjoy the freedom that we have to vote right now,” said Richardson.

Celena Thomas shared audio of the event over her podcast “Conversations with Celena” to make sure people who could not physically attend the event were able to celebrate the legacy of Dr. King.

“Right now, during this time, if you look at the news, it looks like everything is chaotic and there’s nothing going on except division and hate, but that’s not the truth,” said Thomas. “It’s like out here we’re showing that we can come together and just be unified. Just a small community can show the world that this is what it’s about.”

For many, Dr. King’s legacy is interwoven with his faith.

“Dr. Martin Luther King did so much for us,” said Betty Robinson. “It took a man of God to do that, that trusted in the Lord and that’s why he wanted us to be together, not looking at the color of people’s skin, but at the content of their heart.”

MLK Committee Director Vinner Scott said her pastor has reminded her in recent days that MLK Day is the one of the only national holidays that honors a minister.

When Rev. Hart spoke to the crowd he encouraged them to take God’s side.

“It seems like everybody’s taking a side now, and so with everybody taking a side, I want to encourage and remind us that we all need to be on God’s side,” said Hart.

“It’s just a beautiful thing how everybody is just coming together united peacefully with everything going on with Corona,” said Williams.

For 14-year-old Charlisia Pierce, there was a simple reason to remember Dr. King.