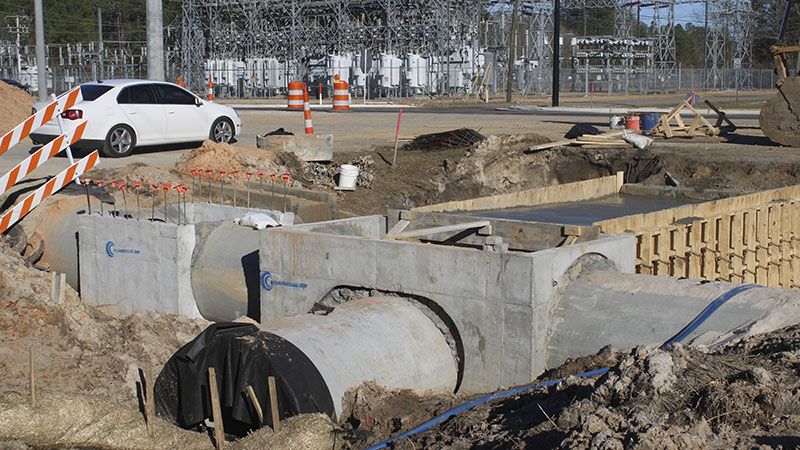 Drainage features such as these storm-water collection pipes are being installed on the west side of Highway 11 as part of the Mississippi Department of Transportation’s project to widen that road from Cayten Street to Lakeshore Drive. Cathy Cook | Picayune Item

Picayune drivers may feel a sense of déjà vu now that drainage work is underway along the west side of Highway 11.

Drainage work along the east side of the highway began early in 2020 and continued for much of that year. The work is part of the Highway 11 widening project, which will turn the road into a four lane highway from Cayten Street to West Lakeshore Drive.

Depending on crew schedules, base work in some sections may begin before drainage work is completed in other sections of the highway.

Childs is hopeful the drainage work will go faster on the west side than it did on the east side.

“When we first started, there was a little learning curve, getting the ball rolling,” he said.

He thinks it is unlikely that work on the west side of the highway will be done by the end of the year.

“I would love to be done at the end of this year, but I don’t think that’s going to happen,” he said.

Drivers should be cautious while making turns at Highway 11 intersections. On the east side of the highway, small drop offs remain in some areas between new and old asphalt. There are slopes going from the new to existing asphalt, but sometimes construction barrels get moved or misplaced and expose the drop offs. That can lead to an unpleasantly bumpy ride.