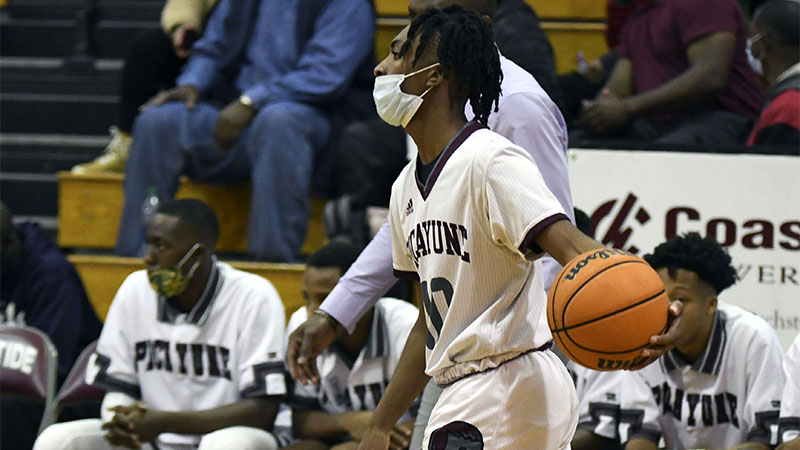 The Maroon Tide’s basketball team is on a roll currently, having won five straight games before defeating the Hattiesburg Tigers Tuesday evening 51-46.

The win streak is now up to six games, although the victory over the Tigers required a comeback from the Maroon Tide.

“Those kids find a way to win. (In the second half) we turned back into guarding a little harder, trusting ourselves, trusting our principles, working hard and stepping up to make winning plays,” Head Coach Eric Vianney said.

Stockstill is one of six seniors on the Maroon Tide’s squad, and the veteran presence came in handy when overcoming a deficit against Hattiesburg.

“Throughout the year we’ve faced different types of adversity playing different types of teams. Sometimes we find ourselves down and the one thing with this group is that they don’t panic. We just remind them again that we have to get back to the things that make us successful,” Vianney said.

Picayune has plenty of momentum with the season winding down and the district tournament closing in.

Winning six games in a row, especially in a district as competitive as Picayune’s, is a challenge.

Vianney is hoping the success on the court leads to a mindset change within his program.

There’s a fine line between confidence and arrogance, which Vianney is trying to find for his players.

Self-belief is important, but in high school basketball any team can win a game any given night, so Vianney is stressing the importance of taking every game seriously.

“What we’re trying to preach is that you always have to respect an opponent. The main thing is that the guys play hungry and humble, and respect the opponent,” Vianney said.

The district tournament, and a shot at the playoffs, is just around the corner.