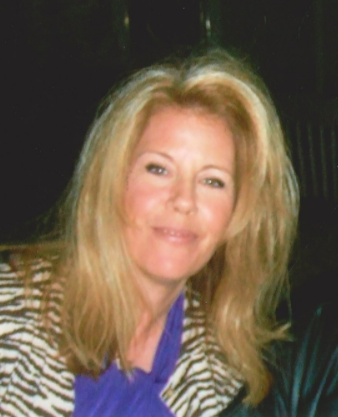 A graveside service was held Monday, January 4, 2021 at 1:00 p.m. at Woodlawn Cemetery in Columbia, Mississippi to celebrate the life of Darren Drake Hathorn, 60. Darren passed away peacefully on December 28, 2020 after a courageous battle with cancer. Rev. Reed Houston officiated.

Darren was born in Columbus, Ohio in September 1960. After moving to Columbia at a young age, Darren graduated from Columbia High School in 1978, where she was selected by her peers as Sophomore Class Maid and Homecoming Queen. Darren subsequently graduated from Louisiana State University with a degree in Spanish. During college, she had the unique opportunity to attend the University of Mexico at Mexico City. Upon graduation, Darren worked for several years as a teacher in New Orleans before marrying her husband, Steve, and returning to Columbia.

Upon her return to Columbia, she worked for several years with her life-long friends at Flowers Unlimited and later at Shannon’s Classy Cuts. Thereafter, Darren dedicated her time to her family and volunteering for causes near to her heart, including First United Methodist Church, Main Street Columbia and the American Heart Association. Darren was also a lifetime member of the Junior Auxiliary of Columbia and a long-time member of The Town Club. Later in life, Darren enjoyed caring for and spending time with her family and, in more recent years, enjoying time in Bay St. Louis, Mississippi.

Those who knew Darren admired her natural talent for décor and design. She had an incredible vision and ability to transform a blank canvas into a welcoming and inviting space. Darren was incredibly caring and considerate of both her family and friends, always remembering to celebrate others’ birthdays and special occasions. She was also an animated storyteller and was known to spend her time regaling others with happy memories of her family and friends.

Darren was preceded in death by her father, Kirk J. Drake. She is survived by her husband, Steve Hathorn of Columbia; her mother, Jacqueline “Jackie” Spielman Drake of Biloxi; her daughter, Phoebe Hathorn of New Orleans; her brother, Kirk J. Drake, Jr. (Theresa) of Biloxi; several nieces and nephews; and many beloved friends, all of whom will miss her dearly.

Darren’s family would like to share their thanks and appreciation with all those that supported Darren and her family during the last several years, including the physicians and staff at The Gayle and Tom Benson Cancer Center in New Orleans. The family extends a special thanks to Pegi Johnson, Eila Wells and Denise Blount for their love and support, for which the family will always be especially grateful.

In lieu of flowers, memorials may be made to First United Methodist Church of Columbia, Mississippi or the American Cancer Society.

Hathorn Funeral Home in Columbia, Mississippi is in charge of the arrangements.