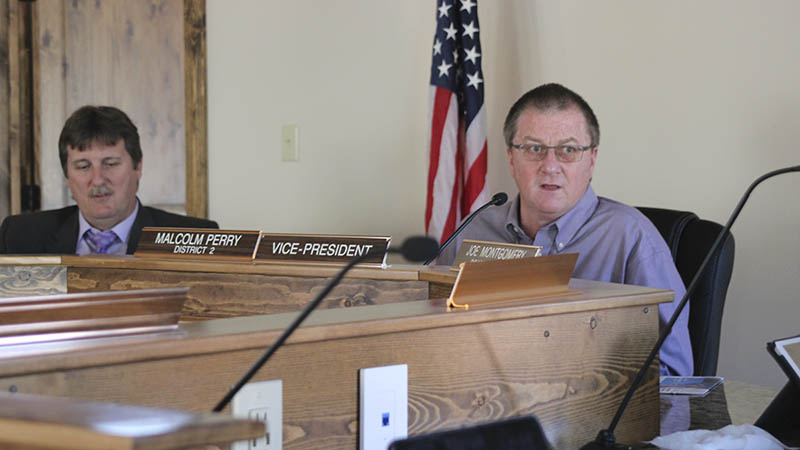 The bridge on Shorty Burgess Road had to be closed after a state inspection determined the timber pilings were in a state of disrepair.

Les Dungan with Dungan Engineering told the Pearl River County Board of Supervisors during Wednesday’s meeting that the bridge must be replaced.
The Board approved applying for state aid LSBP funds to replace the bridge. Dungan said there are three routes that can act as detours near the bridge. The timeframe for replacing the bridge will depend on how quickly the county can acquire rights-of-way, said Dungan. A lot of roads in the county have permissive easement, which has to be formalized with a recorded rights-of-way to use state money, said Dungan.

In a separate matter, County Administrator Adrain Lumpkin told the Board that the Norfolk Southern is planning to close and work on a railroad crossing in front of Central Landfill in Millard next week. As a result, the crossing may be closed on Tuesday, Jan. 26, Lumpkin said. The landfill’s management has been pushing to have the work done on a weekend, but Lumpkin said he believes that is unlikely to happen due to the railroad company’s work schedule.

—Approved a payment of $9,209 of a $323,006 contract to Precision Construction LLC for work to replace a bridge on Troy Dedeaux Road. The bridge is open to local traffic, said Dungan. The project is being funded by state ERBR funds.

—Approved a contract with Jani King for janitorial services in the Courthouse Annex, the County’s MSU Extension Service building, the DHS/Justice Court building and the Chimney Square building. Three emergency cleaning quotes were acknowledged before the contract was awarded.

—Accepted quotes to repair the county jail’s roof, which was damaged during Hurricane Zeta.

Two fire engines in Poplarville in need of repair